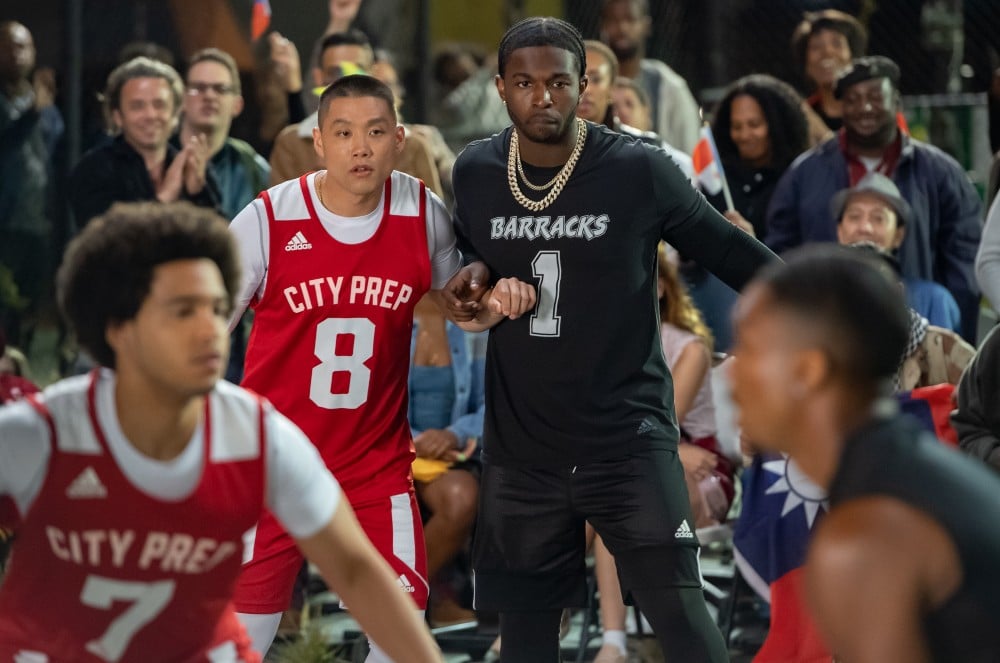 There’s a specificity to Boogie, the debut feature written and directed by Eddie Huang, that’s supposed to enliven it. The film is set in Flushing, Queens, in the local basketball scene, and amidst a diverse section of people, including those of Chinese (or even more specifically: Taiwanese) background, like Huang. Yet all this detail is just there, presumptive window-dressing for a film that never gets off the ground.

Boogie centres on Alfred “Boogie” Chin (Taylor Takahashi), a high school basketball star with dreams of the NBA. Before he can get there, though, he has to navigate between his feuding parents (Perry Yung and Pamelyn Chee), guide his lacklustre new team (coached by Domenick Lombardozzi), woo love interest Eleanor (Taylour Paige), and journey along a winding path of self-discovery. The raw material is there for a stirring sports story, yet Huang’s inclination is to steer away from those easy beats. This would be laudable except he instead creates a film so spotty and diffuse in its efforts it becomes difficult to discern what it’s trying to be. Huang has the details right, but he loses sight of the bigger picture. And not to be too hard on Takahashi, making his acting debut, but his blank performance doesn’t help. We’re meant to feel for his struggle, the choices he must make, the challenges before him (including rival baller Monk played by Pop Smoke), but Takahashi can only convey one emotion of the typical basketball star: arrogance. Yes, he can play, but the film’s hero shots never quite locate their hero.

Huang quite obviously loves the milieu in which he’s working. There’s something to the sights and sounds of Queens, basketball, and Chinese culture as the backbone of Boogie—no doubt there could be a film here. Huang, however, is perhaps too close to it. He doesn’t—or can’t—notice how flat his film’s dramatic arc is, how uninspiring the action. By the time we’re introduced to yet another of his scattered aesthetic choices, it’s clear the game is already long over.