This Book Has Balls Review 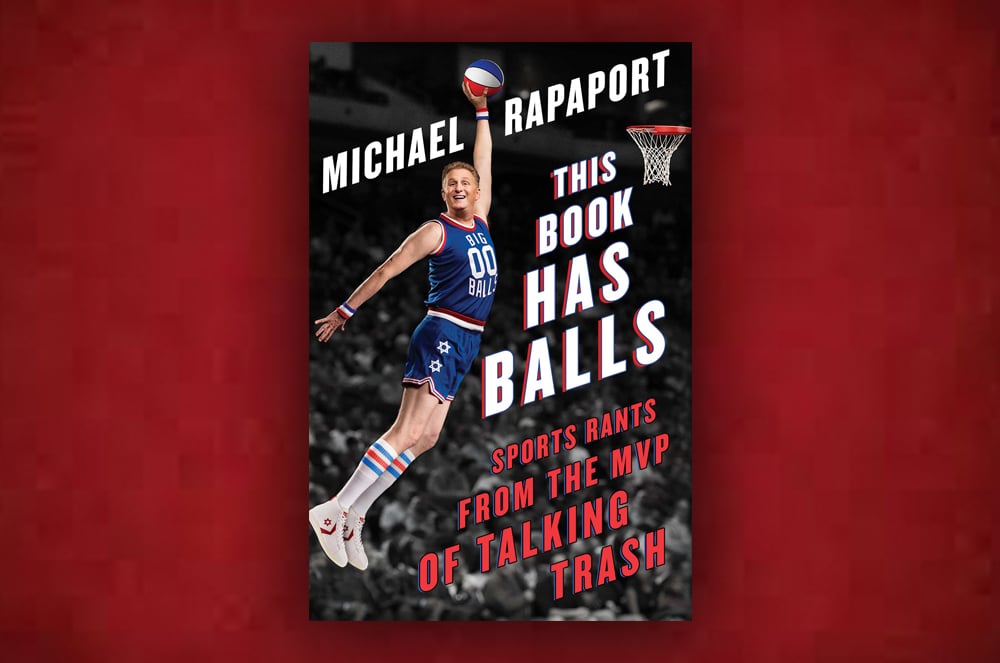 Michael Rappaport’s This Book Has Balls hooked me from its ridiculous title, (and it does, really), to its freewheeling structure, which essentially consists of a mini-memoir / biography at the start, (after a bizarre editor’s note). Then it is a jaunt down memory lane. Rappaport discusses his father, his attempt at a basketball career as a Jewish kid in New York, and just generally an attempt to take the prevailing sentiments of his fandom, (New York attitude, basically) to arguments. It almost seems like a premature rebuke to people like Bill Simmons, who is or was at one point known as The Boston Sports Guy. I don’t think Rappaport is going to be known as the New York sports guy, but attachment to the New York Knicks seems to be able to do this to him.

It is a look backwards to the forgotten heroes, as well as refuting some of the “greats” like Bill Russell for not playing in a more competetive time. Some of the more updated modern arguments from the MVP of Talking Trash seem more contemporary, but it’s unclear at times if the attempt is to make an actual valid point, or if it’s an attempt to talk trash and entertain. Look, I am happy with both things, but as someone who reads up on analytics and sports stats too often than I am inclined to admit, it perhaps could have had the best of both worlds, and maybe some sort of counterarguments as well.

However, there are sections of the book (which breezes by) in which Rappaport offers actual insight, such as an analysis of the celebrity basketball players, which is witty and actually interesting, (I was legit curious as to how Will Smith plays ball, especially since he dribbles a basketball in the opening credits of The Fresh Prince of Bel Air). More chapters like this one, please, MVP.

This Book Has Balls: Sports Rants from the MVP of Talking Trash was provided by Simon & Schuster Canada in exchange for an honest review. It may be purchased from your friendly independent bookseller or other fine bookstores.