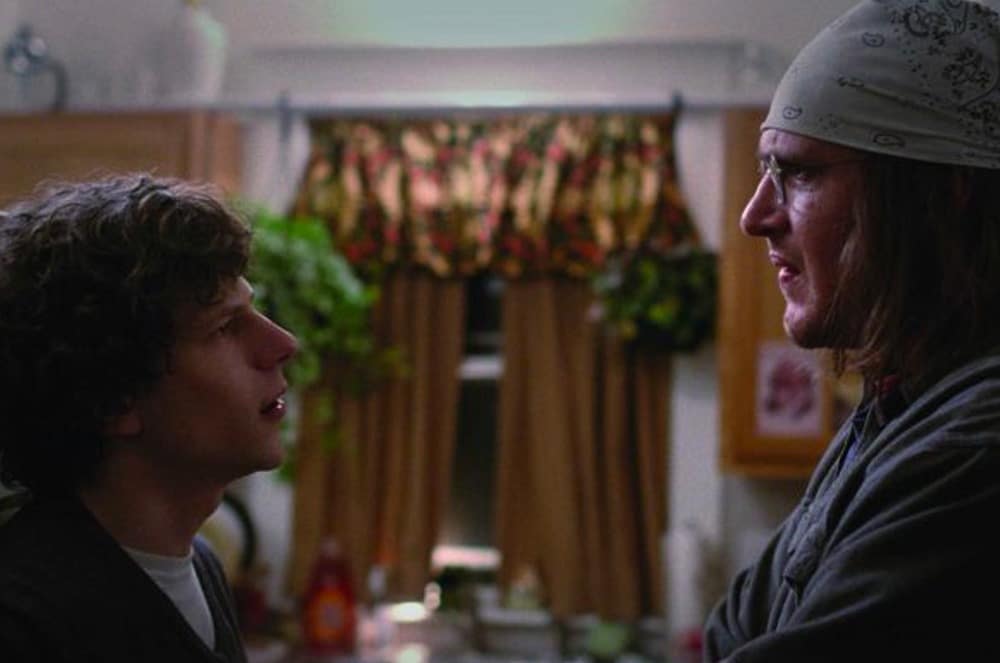 The Books on Film series at TIFF is an absolute favourite of mine. This six event series is hosted by the host of Writers on Company Eleanor Wachtel and this year has a profound list of guests. The first two were the great Zadie Smith on A Room with a View and Sarah Polley on Away From Her. Upcoming events include Mira Nair on Queen of Katwe, Colm Toibin discussing Brooklyn and the next one upcoming on May 8th, Phyllis Nagy on her screenplay for the Todd Haynes film Carol, based on the book by Patricia Highsmith. The event on April 17th, Easter Monday, found Luma closed, (usually offering half-price wine on Monday nights), but a willing participant in the form of author David Lipsky, on whose book the James Ponsoldt film The End of the Tour is based. In fact, Lipsky himself is a character in the film, played by noted author Jesse Eisenberg, while David Foster Wallace is brilliantly played by Jason Segel.

Here are five takeaways from the event.

“There were a bunch of Cosmopolitan issues on his coffee table, and then he said that he found reading ‘I’ve Cheated. Should I Tell?’ twelve times a year was fundamentally soothing to the nervous system.

David Foster Wallace was a big fan of You Oughta Know:

“He said a great thing, he had a poster of Alanis Morissette. He said ‘Look, I’m susceptible like anybody else’. He said that one of the great things about having become famous from this book that he had spent three years only writing, to do a book that good, it’s not going to be easy. That’s all he had done is write that book for three years. He said ‘If I could just have coffee with Alanis Morissette at the Drake Hotel in Chicago, it would have all been worth it”.

“One of the things I told Eisenberg about playing a reporter is that the audience will be able to tell when Jesse thinks that Jason had said something really smart, because when you’re interviewing somebody, if they say the thing you know is brilliant, the first thing that they will do is their eyes will dart down to the machine to make sure it’s on, to make sure that the red light is on and the tapes are moving”.

David Lipsky had a favourite work of David Foster Wallace’s:

“The story Good Old Neon is one of the best about what it is to be an average, alive, intelligent, educated, middle-class person”.