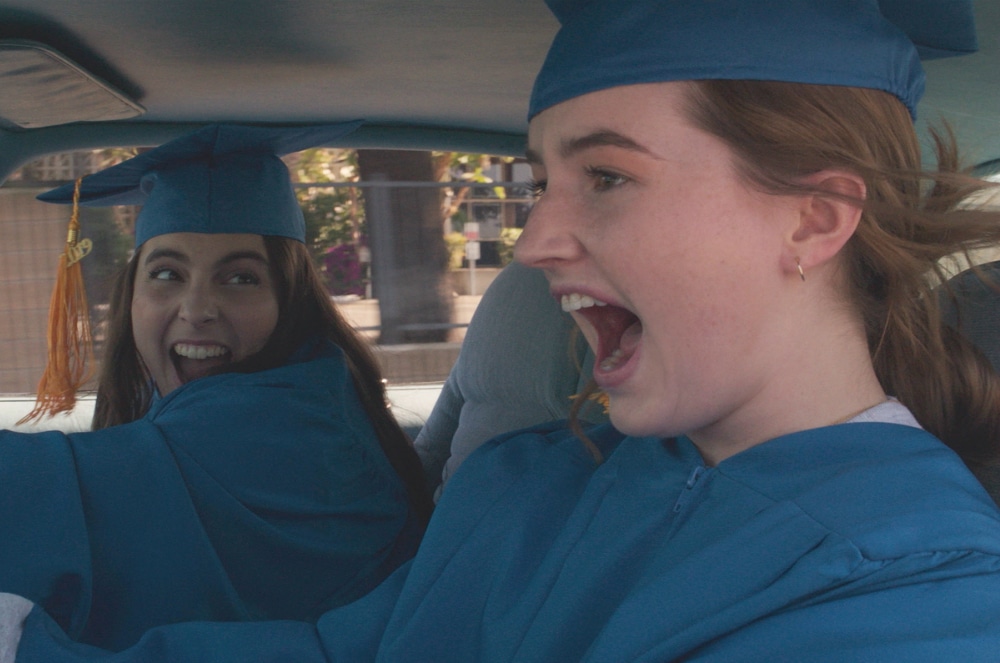 Booksmart starts at manic and just keeps going. Directed by Olivia Wilde, and written by a quartet of women (Susanna Fogel, Emily Halpern, Sarah Haskins, and Katie Silberman), the film centres on two overachieving high school seniors Amy (Kaitlyn Dever) and Molly (Beanie Feldstein). It’s their last night before graduation and they’ve decided to live it up for one night—for the first time—before they start their respective post-secondary journeys. Stop me if you’ve heard this before.

Admittedly, there’s more novelty to it than that. Dever and Feldstein’s partnership in Booksmart is delightful, buzzing as it does with relentless energy. The world they occupy may be wholly disconnected from reality, but their ownership of it feels correct. In fact, while the film’s affectations will put off some, in an endearing way they fit the tone of the film. You may find yourself recalling your own supercharged peaks and valleys in high school, while also grimacing at the screen thinking: was I like that? In the process of their night, Amy and Molly tumble through run-ins with the school principal (Jason Sudeikis), the aptly named Ms. Fine (Jessica Williams), and a host of hammy students. Naturally, romantic crushes drive much of the action, as does a desire to attend The Big Party, where some (self-important) drama between the leads can play out before the film’s happy ending. Due to its focus, setting, and Feldstein’s electric presence, you may also find yourself recalling Ladybird, which unfortunately does Booksmart no favours.

The true predecessor to consider here instead is Superbad. Setting aside both films being led by the same family (Feldstein is Jonah Hill’s sister), they also follow similar paths to their end—except the former caused a minor sensation upon its release. When Booksmart inevitably comes in second by comparison, it won’t be for lack of talent, or because of poor marketing, or even, dare I say it, sexism (not entirely, anyway). It’ll be because we all deserve a better film.