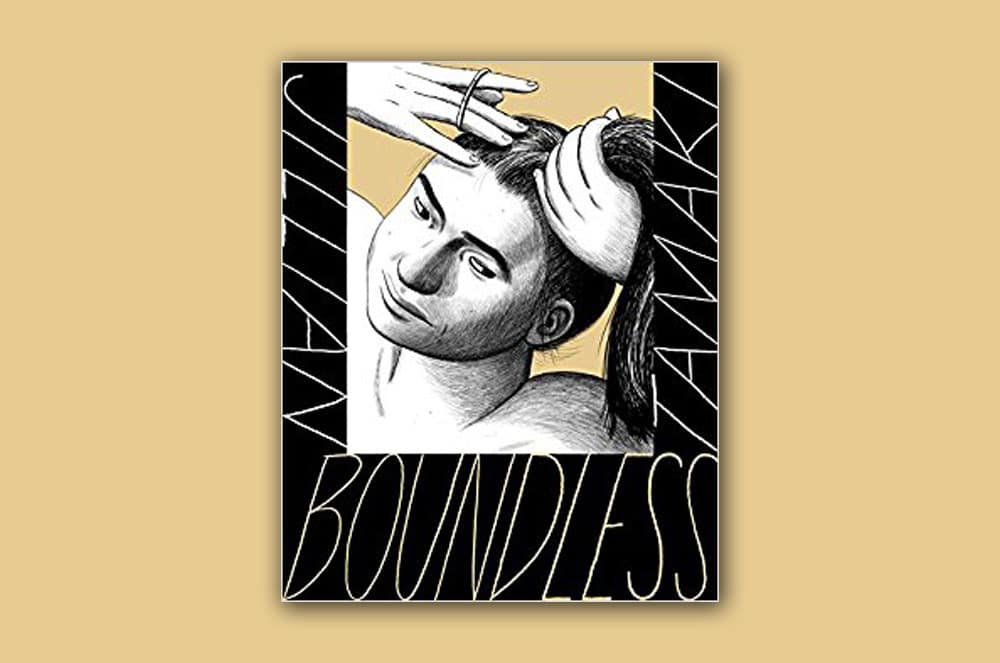 In an interview from last month, first-time director Dash Shaw made an effort to give a shout-out to his fellow cartoonist Jillian Tamaki as being one of the strongest graphic novelists from Toronto. The collection Boundless, which is published by the venerable Drawn and Quarterly out of Montreal, (and distributed by Raincoast Books out of Vancouver), was born in Ottawa, grew up in Calgary and now based in Toronto (got all that?), is certainly not a Canadian writer in that her book feels particularly representative of the country or of the city.

In fact, Boundless feels unconfined by convention entirely, it was only after reading over half of the book that I discovered that it is called a “collection of short stories”, as the unifying narrative, while quite loose, does seem to bring the collection together. It’s a little bit pervy, a little bit thought-provoking, and highlighted by Jenny becoming obsessed by status updates on “mirror Facebook”. What is most noticeable about Boundless, at least for me, is that Tamaki plays around with the very form of the book so that some comics are vertical and spill over the page while a few are more conventional comic book style and in small boxes, and while the beginning and end require some turning of the book, (and are animal-focused), the Boundless idea still remains. This is a beautiful collection, and though softcover, feels and looks and smells, (yes smells) like a piece of art – self-reflective (don’t be fooled by the cover art), but very much abstract and about characters that Tamaki may not necessarily have created from reality, but certainly feel familiar.

The enterprise of reading through Boundless feels surreal, as if there is more than a modicum of truth buried within some ideas that feel unreal. It is set in the alternative present but also inhabits a time all its own (like the recent past of newsgroups, but not so much). Perhaps the best advice that this reader can provide is to read it, and then attempt to make bounds.

Want to win your very own copy of Boundless? Click here for details.

Boundless was provided by Raincoast Books in exchange for an honest review. It may be purchased from your friendly independent bookseller or other fine bookstores.