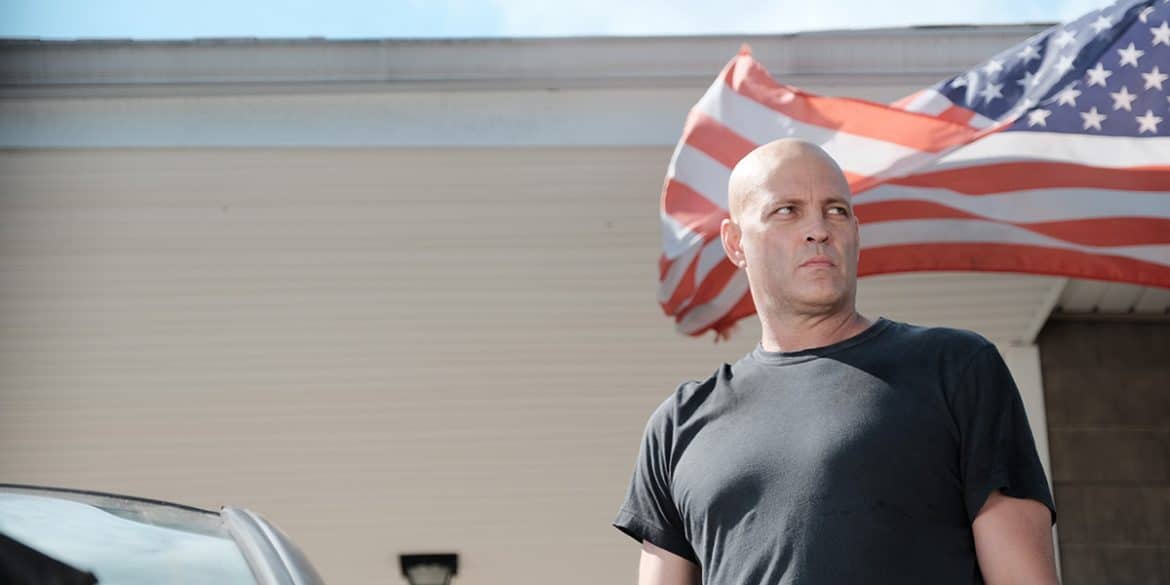 A standout at Midnight Madness TIFF, (where it was programmed to start at 11:30 p.m. to maximize the impact), Brawl in Cell Block 99 is a standout and an oddity at the same time. First of all, it is clear that comic vehicles haven’t been the best use of talents for Vince Vaughn, who takes his tall (especially for an actor) frame, bald head, (with an American flag tattoo), and generally seedy demeanor to the role of Bradley (not Brad). He’s a revelation, and though Swingers and Wedding Crashers and films like these are all well and good, Vaughn delivers in a serious way. Less showy but standout performances are given by Jennifer Carpenter as Bradley’s wife, Lauren, Don Johnson, who arrives maybe 2/3 of the way into the film, Fred Melamed, who may have one scene in the movie, Philip Ettinger as a fellow inmate, and Udo Kier as a shadowy figure called “Placid Man”. S. Criag Zahler took a re-approach to the Western with Bone Tomahawk and this is a throwback film through and through, with its soundtrack and grimy action. And though it’s pulpy and clearly a nod to grindhouse films of yore, its infused with something a little more, an examination of rich and poor, Middle America and the working class, to be a little bit more than a trashy film. But make no mistake, trashy it is, as the lines are delivered in an odd way, the pacing is way off and the action is glacial, (and it’s over two hours long).

Yet there is something about this film that I really, really liked, even though I don’t usually gravitate towards violent action films (it is violent), films that feel like riffs on other films, (done to death), and especially prison films. Brawl in Cell Block 99 feels like something different, as a scene in which Vaughn receives a series of electric jolts happens so frequently and so extensively that it begins to feel like a comedy, and in fact, if chosen to take it in this way, there is something comedic and at the same time sad to the action. Just as it’s both slow as anything and yet seems to unfold at a clear pace, and the lines are delivered as stilted as possible and yet have gravitas, Brawl in Cell Block 99 is a marriage of opposites and hats off to Zahler and to Vaughn. 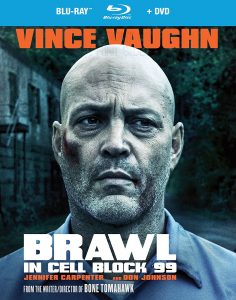 ‘Journey in the Brawl: The Making of Brawl in Cell Block 99′ is all well and good, but why not just go through to the film and make it to the brawl in Cell Block 99 as the journey of watching the film, containing quite a few surprises that I haven’t mentioned is preferable.

It’s a special film, made more so by the oddness and the fact that it didn’t get much of a theatrical release after Venice and TIFF. It’s best viewed at Midnight or around (I started at 4 in the afternoon), but go pick up a copy.