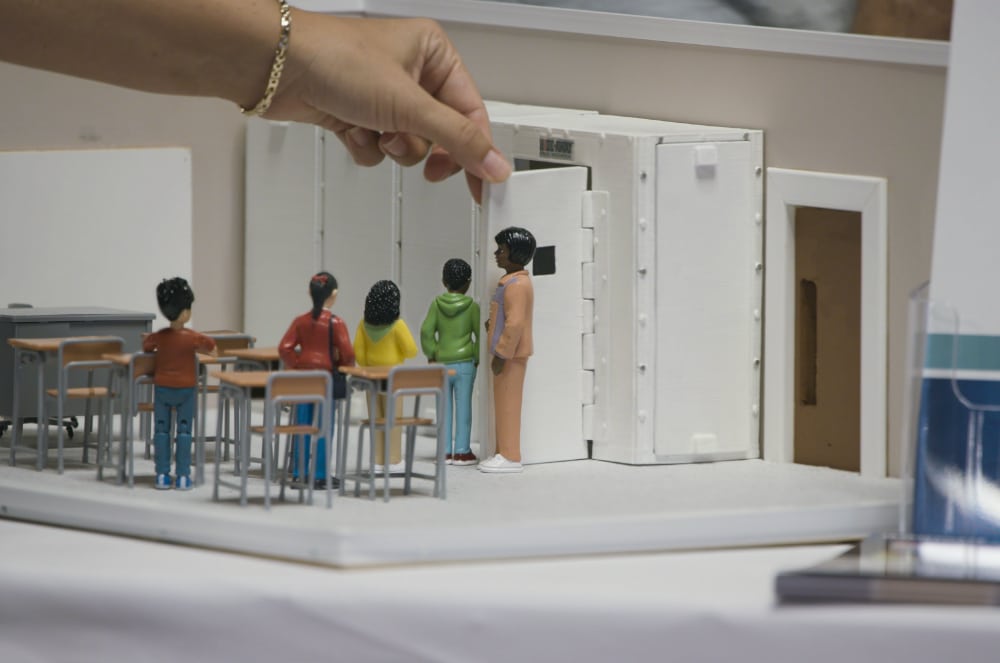 Making documentaries about the “situation” in America is, in a sense, easy. There’s so much material to choose from—with top-level governmental corruption, right on down to malfeasance and neglect at an almost molecular level. No film will solve these issues, but it’s hard not to cheer on attempts to illuminate some small (or astronomically big) part of the problem. So it goes with director Todd Chandler’s Bulletproof, a modest film with a topic so large—gun violence—it already exceeds the American imagination, never mind the frame.

In truth, Bulletproof isn’t so much about guns as it is a study of where America’s capitalism-at-all-costs mentality has led it. With a static camera and minimal head-on interviews, the film works as a travelogue through the country and the later stages of that philosophy. It doesn’t show actual violence, but it doesn’t need to—the film is inherently violent. We see how schools have been forced to adapt in the modern age of shootings, we watch gun show operators sell solutions for problems they themselves have created, we even track one entrepreneur as she ramps up her kevlar-lined clothing brand. In the process, Chandler’s subject morphs from the obvious (guns are bad!) into something more ephemeral: modern society’s all-consuming anxiety. Around this, his film’s larger questions begin to coalesce, locating both solutions and more complicated questions. To its credit, though, the film’s visual metaphors—e.g. teachers firing guns in a darkened range, unable to see their targets—seek to indict systems rather than people. Chandler also steers away from sensationalism, finding there only another problem.

Ultimately, what’s most sad about Bulletproof is that so much of what we see in its ugly world is beautiful—and very much worth protecting. The students we see, the young people looking to a future they hope will be beautiful too, really drive this point home. In this, I’d like to believe Chandler’s thoughtful film opens up a small window of hope. Maybe the kids will eventually make this all right.