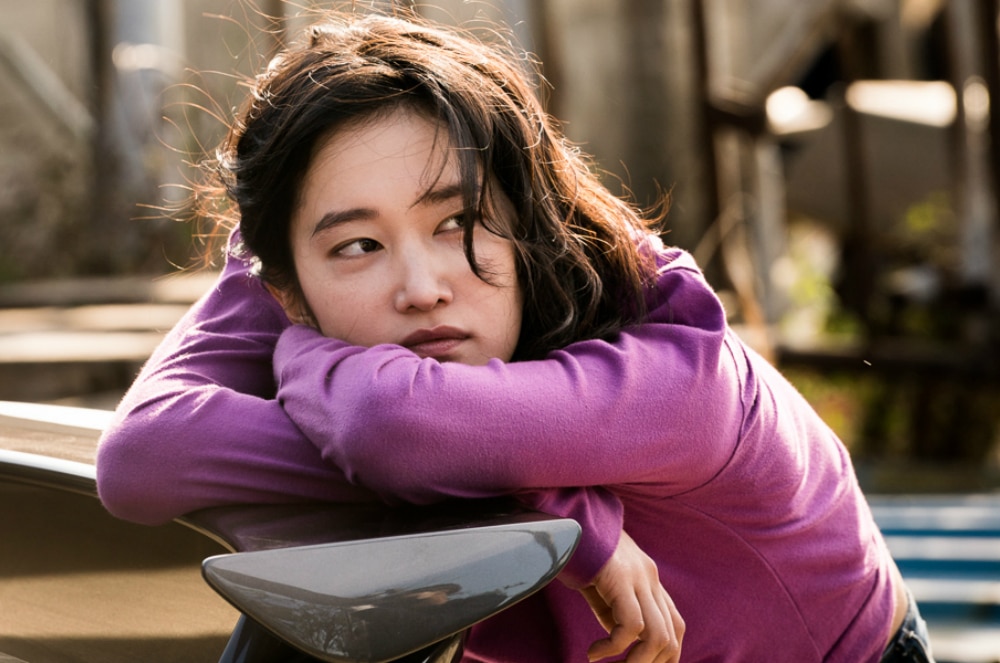 Lurking around the intersection of Alfred Hitchcock’s Strangers on a Train and George Sluizer’s The Vanishing is probably where you’ll find Lee Chang-Dong’s Burning. That’s a loaded statement, but so too is this film. It starts slow, following the unexciting life of Lee Jong-su, a daydreaming writer not doing much writing, before gradually deforming into something else. Chang-Dong never changes his approach though—he stokes his story’s flames, yet the film remains chilling to the end.

As played by Ah-In Yoo, Jong-su is mostly at a remove. He’s doing manual labour, tending to his absent father’s livestock, and generally just hanging around, smoking and looking stunned. Even after he’s run into Hae-mi (Jong-seo Jeon), an old neighbour and new crush, he’s passive. Jong-su is easily seduced into feeding her cat while she’s off on a trip, returning with a rich, handsome friend named Ben (deliciously played by Steven Yeun). Now, Chang-Dong has a triangle, and he starts to wield its points like a knife. We remain unsure of where this is all going, thanks in part to the film’s writing (adapted from a Haruki Murakami story), and Chang-Dong’s withholding technique. I admit, I may have given it away somewhat with the references above, but still: Burning‘s gradual slide into full-on thriller is so well done, we don’t even smell the fire before it’s too late. Jong-su’s life is boring, in search of writerly inspiration, and then, suddenly, he has too much.

Burning fixes us into the perspective of one narrator, then has us questioning how reliable he may or may not be. As with the film’s beguiling style, the frame of reference never changes—but does Jong-su? How about Ben? The film lights these fuses, sizzling outside the frame, allowing ambiguity to churn in us just as much as its characters. As a straight ahead thriller, it works despite its runtime (because of its runtime?), with a slowly mounting dread. I don’t know how it was done.

Burning opens at the TIFF Bell Lightbox this Friday!