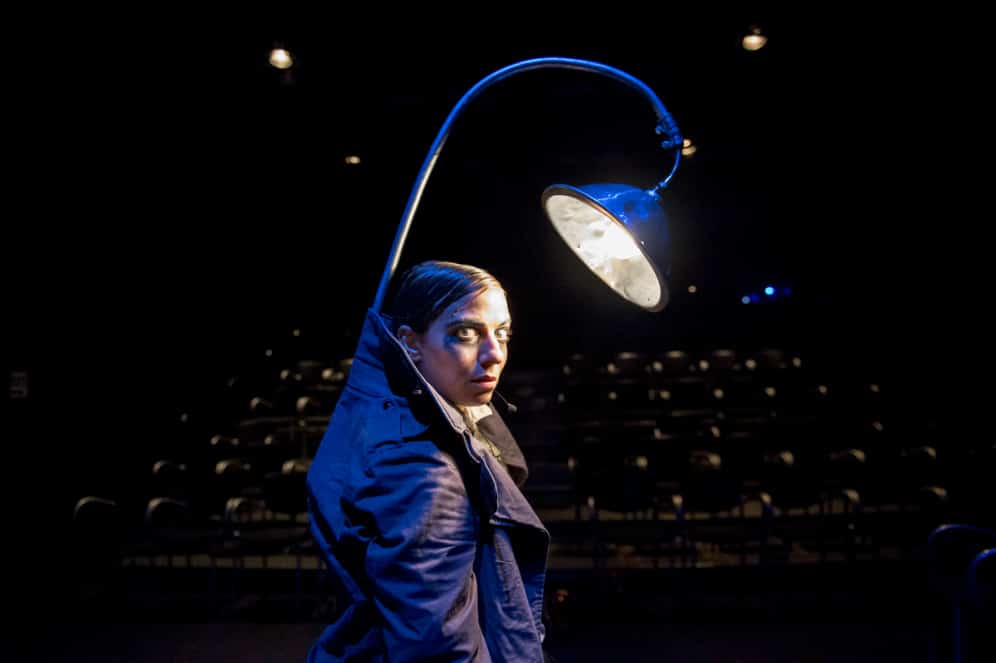 The immersive element of Deanna Fleysher’s hilarious show Butt Kapinski becomes amplified intensely due to the fact that Toronto audiences are so damn repressed!

Obviously, the show is not a Toronto original, as she has performed elsewhere, but it’s so funny in this city, not just because of a Toronto-centric bit at the beginning, (the CN Towah!) but the fact that the show has been tailored to rely on an audience to interact, to be immersive. Essentially, Fleysher, (or, sorry, Butt Kapinski the detective character with the speech defect that she is playing), is the teacher. It’s no wonder that she is leading an intensive workshop directly after the festival begins. She gives the audience permission to explore their raunchier sides, and they give in, but only when she gets them to do so!

In my performance alone, Butt Kapinski had the audience eating out of his hand. This audience included myself and a friend of mine that were determined to be unmoved (you too, in the back), an older gentleman with a cane with whom he / she full-on made out with, a quite accomplished jazz singer who just happened to be there, a woman who seemed a little too eager to embody a drunken Irish male police officer, and actress Camryn Manheim (!) who laughed harder than anyone and yet Fleysher chose to ignore her willfully.

That Fleysher performs with a lamp stuffed into her trench coat that turned off and on seemingly of its own accord, and some mic issues, (mainly intentional?) adds to the hilarity. But what is best is that the audience seemed to know that they were encouraged, (nay expected) to participate, and yet it felt like they had to only do so when instructed by Fleysher, like when I played a skyscraper.

Fleysher can teach us a thing or two about being fully immersive.