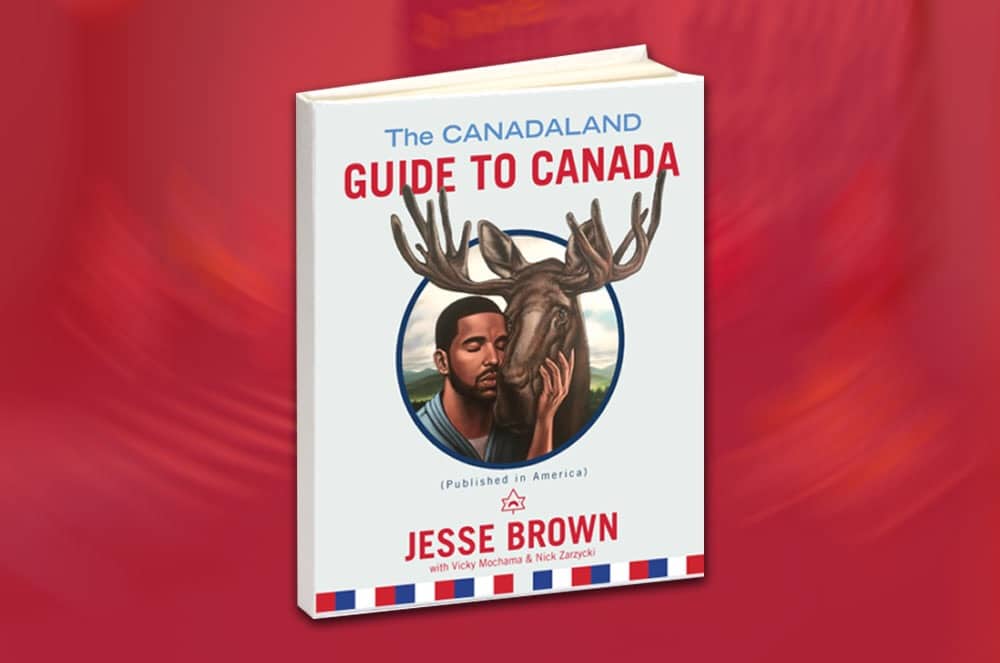 In time for The Canadaland Guide to Canada live event which plays this Saturday at 7 PM at the Ted Rogers Hot Docs Cinema, Jesse Brown’s book is now available in stores.

At first glance it seems like it would be a flip side to Stephen Colbert’s I Am America (And So Can You). Though while Stephen Colbert’s book is more satirical (and he was playing a character at the time), Brown’s book, (attributed to him and a couple of co-writers and contributors), Canadaland has a real streak of nastiness running throughout that threatens to topple the entire exercise. Is this book meant to be humorous? If so, some of the jokes seem less like satire, even dark satire and seem more like an attempt to expose the fleshy underbelly on which we hold our beliefs. But if this is the case, and the idea is definitely a worthy one, perhaps a less overtly “childlike” book would be the way to go.

There are frequent mentions of many problems plaguing Canada past and present and these are fair points. However, they 1. Get repeated far too often, which makes them seem less powerful and more of a harangue. 2. They are constantly being mansplained by Brown and / or his contributors (who aren’t all men, but it’s mansplaining all the same).

While there should be a connection to the subject matter and the author, I will suspend judgment of a long section in which Brown criticizes Canadian titans of industry for making their money through less than ethical means. But the fact remains that Brown is trying to have it both ways, and this doesn’t fly (the Canadian flag).

There were precisely two sections in which I laughed out loud and perhaps this is because the targets seemed deserved (or maybe they’re softer spots for parody as they relate). The first was about the Canadian film industry, and how there are only seven directors, (surprised how many were “spot on”, so to speak), and discussions of types of films stemmed from the commentary in the book. The second was about food trends in Toronto, and while this is a fertile topic (and an easy one), that section and the insight made me laugh.

Otherwise, stone faced. The typeface was also difficult to decipher, to boot.

The Canadaland Guide to Canada was provided by Simon & Schuster Canada in exchange for an honest review. It may be purchased from your friendly independent bookseller or other fine bookstores.