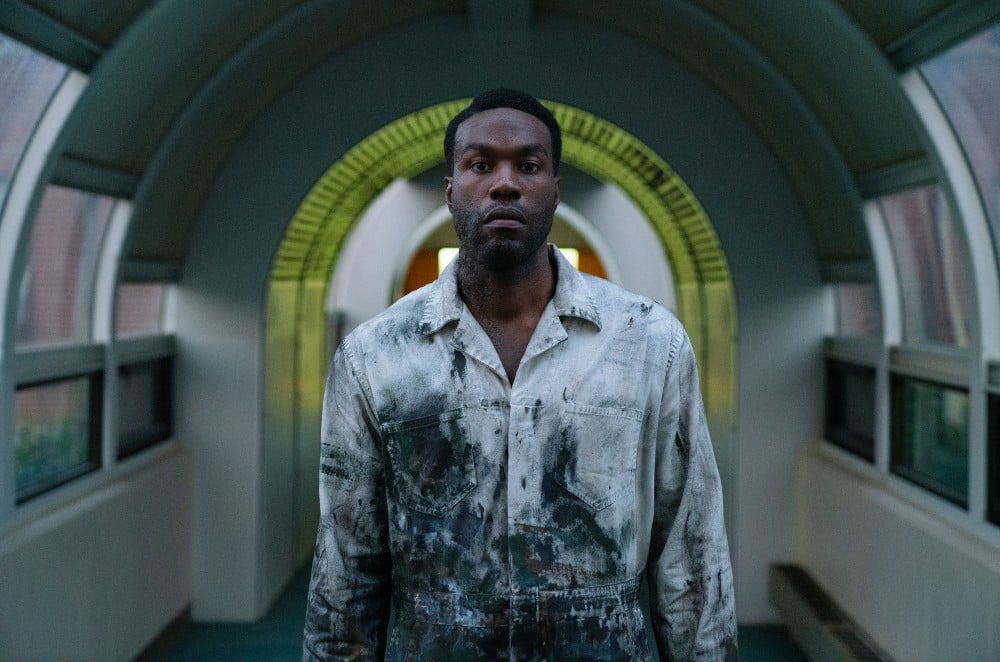 The opening music of director Nia DaCosta’s retelling of Candyman hits the right ominous tone. This is supposed to be a foreboding film, co-written by DaCosta, Win Rosenfeld, and everybody’s favourite horror imprimatur, Jordan Peele. Unfortunately, the film also slow-boils a plot involving one (or two) too many elements and all involved seem to assume the more explanation provided the harder the scares will hit. No matter how insistent, this is just not true.

As with the original 1992 film, DaCosta’s Candyman concerns itself with the Cabrini-Green housing project in Chicago and the urban legend surrounding the eponymous mystical figure. (Full disclosure: I’ve not yet seen this original.) This isn’t a remake though, it’s more of a spin-off, building on some of that established mythology and injecting more (a lot more) contemporary commentary. In this version, we meet instead artist Anthony (Yahya Abdul-Mateen II) and his curator partner Brianna (Teyonah Parris). Struggling to find inspiration in the swirl of the local art scene, Anthony stumbles upon the “Candyman” first as a ghost story and then as a tangible place where he seems to haunt. Twinning these concepts together creates a powerful metaphor, one enveloping Black trauma, urban gentrification, and the spectre of police violence. Except in the eagerness to tackle these knotty issues, DaCosta, Peele, and crew forget to make a compelling film with characters worth giving a damn about. It’s not difficult to nod along with the points the film makes, but that shouldn’t be it. In other words, the tone is right, but many of the notes just sound off.

What’s funny, of course, is Candyman seems to understand and even acknowledge this inherent problem. Part of the gentrification process, the film notes, is the influx of artists (Black, white, or otherwise) looking to capitalize on gripping, pain-filled issues of the day. It even has an art critic character (Rebecca Spence) deliver lines to that effect. So when characters start intoning “say his name” it’s possible to detect both clever recognition—and a wince.