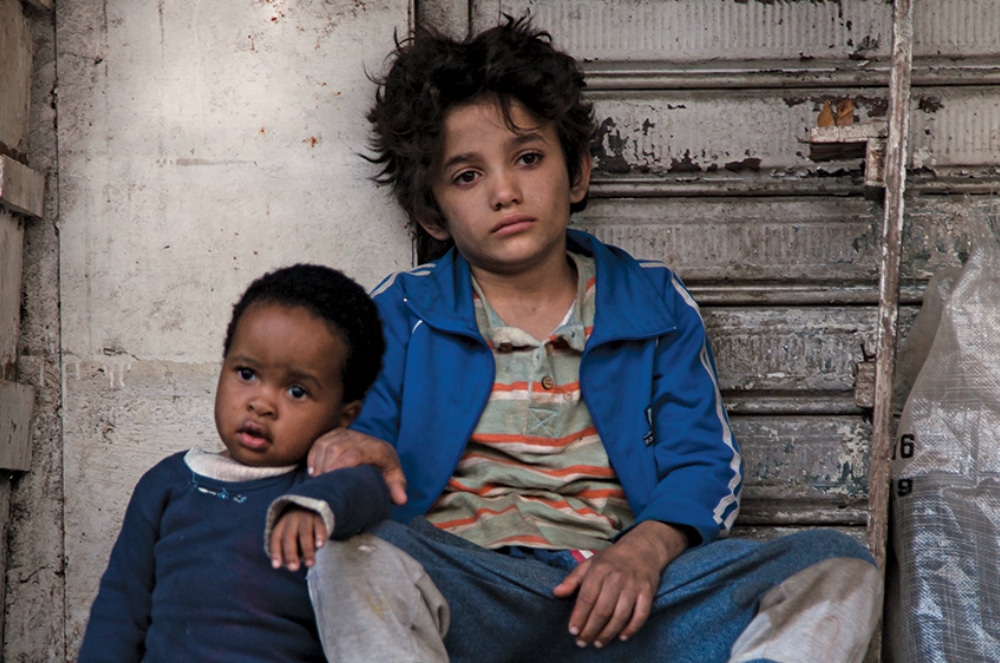 On the surface, it’s laudable for writer-director Nadine Labaki to set comedy aside for a bracing plunge into neo-realism. Her new film Capernaum is set in poverty-stricken Beirut, staffed by a cadre of non-professional actors, and shot in a roughly hewn style—and it’s anything but funny. Her approach is not without merit, and the reality it presents—people suffering in Lebanon, migrants and children most of all—certainly feels correct. But in going deeper, it’s hard not to wonder why this film feels so empty.

Capernaum begins on an absurd yet novel premise: Zain, a kid of indeterminate age, stands before a court intent on suing his own parents for having given birth to him. Naturally, the film goes on to explicate Zain’s grim living conditions, a situation that shifts from bad to worse (and so on). In this retelling, he falls in with Rahil, a migrant Ethiopian single mother struggling with her own problems, and forms for a time a new family unit. You’d have to be made of stone not to feel something for these lives in peril, especially with numerous scenes built around Zain and Rahil’s toddler left unattended in the streets of Beirut. Labaki’s handheld approach, seemingly assembled on the fly, adds to the effect too—life continues unabated in the margins. But watching helplessly at the misery of others does not necessarily make for good drama. Labaki is fortunate to be gifted with young Zain Al Rafeea in the lead; his raw energy invests moxie into a narrative so clearly stacked against him. The rest of the cast dutifully cry and scream when required—and for a story with other political ideas, this amounts to a lot of and crying and screaming. You’ll be able to guess when and how these moments will happen though.

As a shortcut to empathy, Capernaum may indeed prove necessary for some, even if it provides little insight into the issues it attempts to address. Labaki surely means well, shedding light on a broader humanitarian and moral crisis in her home country. But her clarion call only leverages the specific pain of these powerless stand-ins for an easy emotive response. To stop there is maybe even worse than empty: it feels like exploitation.