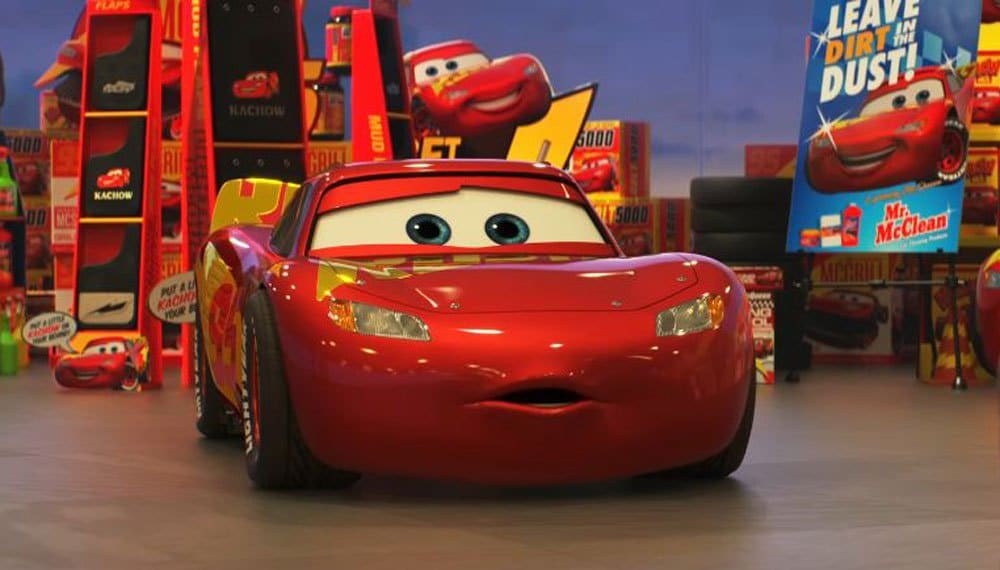 Here’s an installment in phrases that I thought I would never say: the most powerful comparison that came to mind when watching Cars 3 is that it is surprisingly empowering and felt a little bit like Wonder Woman. Yes, I was as surprised as anyone and perhaps the reason that the film was so effective is that I came in blind, not expecting to really get a lot from the film. I have zero attachment to the Disney Pixar franchise and Cars 2 left me quite cold. Starting with a surprising indictment of bro culture (!), the film delights in unexpected ways.

The idea that Lightning McQueen (the returning Owen Wilson) is the grizzled veteran of the racing circuit comes full circle (heh heh) from the first film. In fact, The Hudson Hornet (Paul Newman) receives a great deal of screen time considering that the actor passed away a while ago (the production apparently used voice recordings from earlier). The big surprise of the film is that…well, that’s for you to find out. But along the way, the sleek Jackson Storm (Armie Hammer), a newer more aerodynamic model of racer seems to be the main antagonist, but the film isn’t really about him. It’s interesting to view Hammer in a role not dissimilar from the Winklevoss twins using mainly his voice.

Instead, the villain comes from a surprising source and its criticism of society as a whole is shockingly poignant. One wonders if this was director Brian Fee’s intention or our own reading of the movie. For a film targeted towards the Heartland to have a bus in a Demolition Derby voiced by Lea DeLaria and a new trainer for Lightning that is female and Hispanic, Cruz Ramirez (Cristela Alonso, somehow given two sobriquets) is unexpected. Even more shocking is that the racing scenes look decent (they are likely even better in 3D), but that the scenes off the tracks, in which the characters run only their mouths (and a training centre montage) are the most exhilarating. Sure, Lightning’s whines gets a little tiring and there are a few silly sight gags, but to have Kerry Washington play a character based on the TV Show Numbers Never Lie (I believe), sure made the film zoom forward. 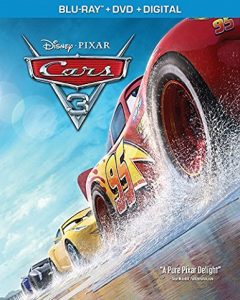 The Blu-ray combo pack includes an exclusive new mini-movie called Miss Fritter’s Racing Skool as well as the short (Lou) that played theatrically prior to the feature. Other features we enjoyed were ‘Cruz Ramirez: The Yellow Car That Could’, which follows Cristela Alonzo as she dissects her character, and ‘Let’s.Get.Crazy’, which does a tremendous job teaching viewers about figure 8 racing and the demolition derby (which, honestly, we knew nothing about until we watched this featurette).

Cars 3 is the best film in the Disney/Pixar Cars franchise. Race towards your nearest retailer to pick it up!