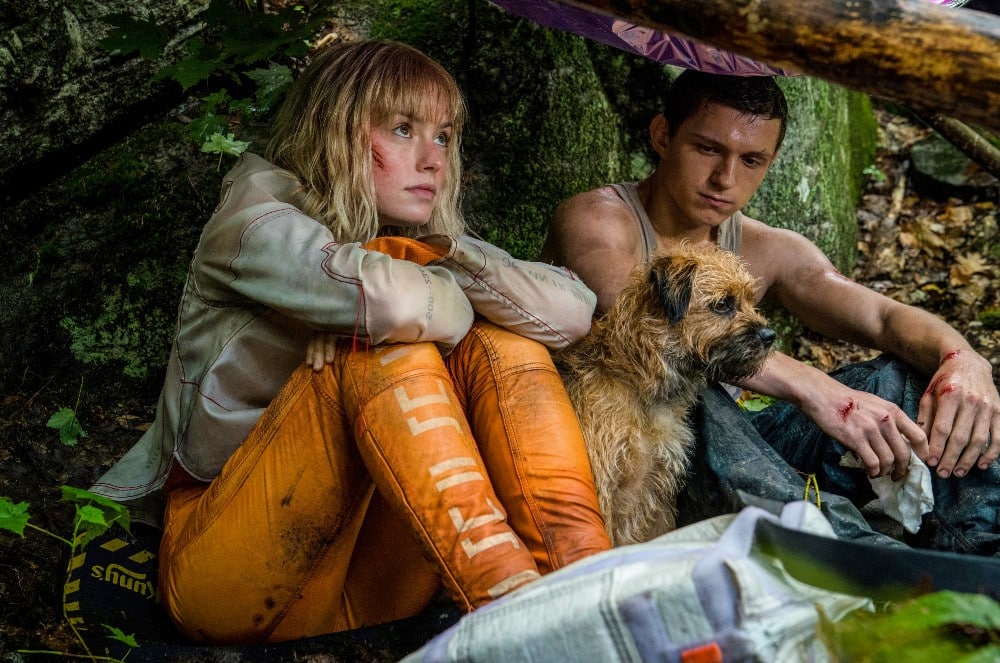 Chaos Walking, the new film by director Doug Liman, is stunning in its complete inability to stun. Unlike its title, this outcome was predictable, the film having been kicked around for years in reshoots and scheduling shifts, then released (or dumped) with little fanfare. It’s kind of amazing to be here, though, to see a Liman sci-fi action film starring Rey from Star Wars and the latest Spider-Man and still be so totally underwhelmed.

The distant planet sci-fi context of Chaos Walking—besides its space ships, creatures, and the year (2257)—is man’s ability to broadcast his thoughts outwards as what’s referred to as the “Noise.” Some are able to control their projections with purpose and force, but the Noise mostly serves as a metaphor for itself. And I say “man” there because, before Viola (Daisy Ridley) crash lands, the film is only men: Todd (Tom Holland) the hero, Ben (Demián Bichir) his father, and the shifty powers-that-be in Mayor Prentiss (Mads Mikkelsen) and preacher Aaron (David Oyelowo). In their small enclave, the film attempts to function as a space western—especially once the townsfolk take to horseback in pursuit of Todd and Viola, who, naturally, becomes significant. These plot points are all interchangeable though, the film’s twists given a wide berth on the horizon. While the Noise allows writers Patrick Ness and Christopher Ford some opportunity to be clever, it also creates a running narration of insecurity, as if the film itself is asking, does this work? what if we tried this? how about now? It’s chaotic, sure, but also tedious.

It’s still possible to see what Chaos Walking is trying to be. Working from a trilogy of his books, Ness has larger narrative strands he can—and presumably does—draw out more fully in all those pages. (I’ll leave aside whether the books themselves are good.) Despite its budget, however, Liman’s film just feels very small. And I can’t help but wonder when everyone involved started broadcasting a singular thought in unison: we’ve got a lemon here.