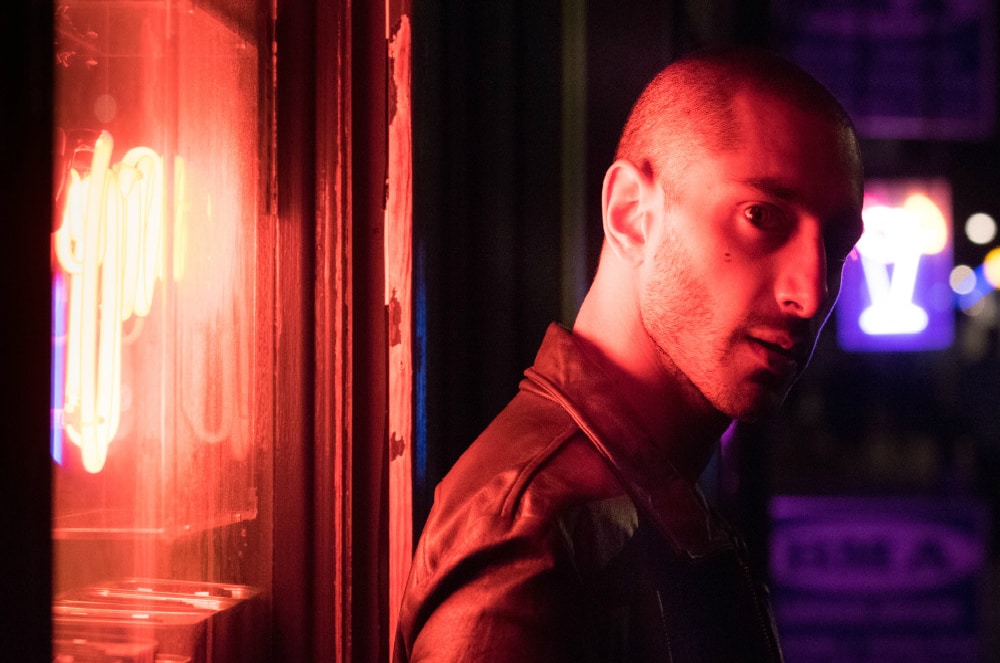 The film feels so inherently British, and as such, features British Pakistani actor Riz Ahmed front and centre, finally getting to use The Queen’s English (though likely not his actual accent), after a string that included Girls, The Night Of and Rogue One: A Star Wars Story in which Ahmed used a flat American (or what have you) accent. It’s really a testament to the versatile actor that Travis’s adaptation of Patrick Neate (for which Neate wrote the screenplay) is receiving a theatrical release. Because the story is extremely British and may require subtitles. The story is very timely and topical so it’s something of a surprise that the book is from 2005 (and that might serve to explain the song in the end credits by The Streets, a bit of a throwback).

At its essence the film is something of a gumshoe / private eye type of story, with Ahmed as the down on his luck P.I. (and with former Doctor Who actress Billie Piper as the gangster’s moll). The story is a familiar one told with different beats (more streetwise) and feels a little bit like a Chavv take on California Noir (sort of like Kingsmen: The Secret Service but played straight and not for jokes). The humour is subtle in a sometimes grim tale but the work done by Travis is a solid effort save for the repeated flourishes of heightening dramatic suspense. Once the beats are established, City of Tiny Lights offers a compelling portrait of trouble in working-class London.