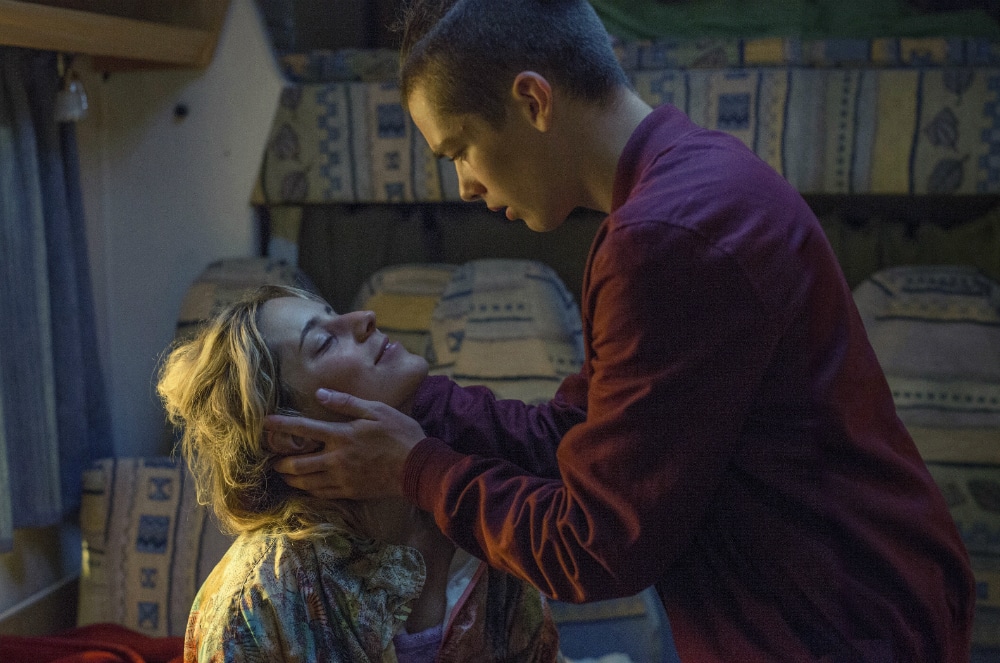 Sight unseen, Cobain comes already injected with a foreboding energy given its title. The film, directed by Nanouk Leopold, regards a 15-year-old boy at odds with his junkie mother while at the mercy of a society less inclined by the day to take care of him. The boy’s name is Cobain (newcomer Bas Keizer) and, given his circumstances and that very specific name, we anticipate self-destruction.

Shot in a probing cinema vérité style that evokes the Dardennes brothers, Leopold constructs the structure and rhythms of Cobain’s life. On the surface he’s an aimless pseudo-orphan, but Cobain’s determination to reconcile with his mother Mia (a convincing Naomi Velissariou) is an obvious priority.  Leopold uses this mother and son through-line to drive the material. As written by Stientee Bosklopper, we watch as Cobain moves in the margins from one place to another—a youth shelter, the foster home, and into the care of shady and damaged individuals—to replace those feelings of family. Keizer’s acting is enough to carry the weight of the film in parts, but he needs help. As a result, Cobain‘s middle third, foregrounded by a charismatic pimp (an expressive Wim Opbrouck) and his cadre of women, is its strongest section. Here we see the push and pull of emotions at play in the boy, a coming-of-age story twisted by the conditions it is forced to endure.

To the film’s credit, the specifics of Cobain and Mia’s past, together and apart, is never quite spelled out. We get information in pieces and are left to put things together and imbue the proceedings with meaning. It’s not particularly difficult to intuit where Cobain will end up—Mia is extremely pregnant at the outset—but the film’s final turn does come as a surprise. It also arrives at a satisfyingly ambiguous note. Unlike the definite conclusion of his namesake, and thanks to the skills of the filmmaker, this Cobain may still have a choice as to where his life will go.