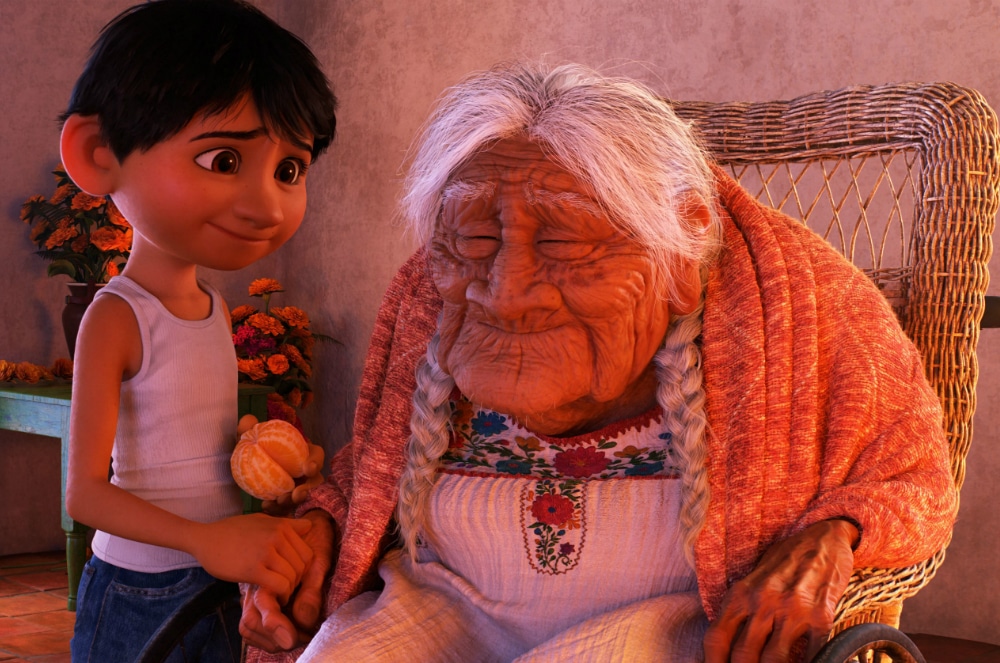 The film Coco, directed by Lee Unkrich and co-directed by Adrian Molina presents two major risks for a family film. First is telling a story set mainly in the spirit world, or the in-between, or something that may result in a long talk between parents and children about Día de los Muertos (Day of the Dead). The second risk is to set a story in Mexico, especially in the age of Donald Trump.

But yet, hinging on its potential for crossover appeal, having the actors speaking Spanish instead of accented English would have been a real risk. Yet it’s still different than the typical Disney / Pixar film. But then think of how Wall-E went wordless for the first hour, or the opening from Up, and compare with Miguel Rivera (newcomer Anthony Gonzalez), who desires to be a musician like his great-great-grandfather Ernesto De La Cruz (Benjamin Bratt). That’s essentially the story in a nutshell as anything else would be a major spoiler. It’s a film with a strong premise and a different approach and the songs by Robert Lopez and Kristen Anderson-Lopez are fairly memorable, especially Remember Me (natually).

In the spirit of sidekicks, there’s a mangy dog named Dante (his name should serve a major hint for fans of 14th century Tuscan epic poetry). There’s also the voice of Gaél Garcia Bernal as a trickster figure, who is likely the best part of the movie.  Bratt has a spirited voice turn and Gonzalez is a great addition to young voices in the Disney / Pixar canon. Oh, and the animation is incredibly strong, especially for the musical scenes. 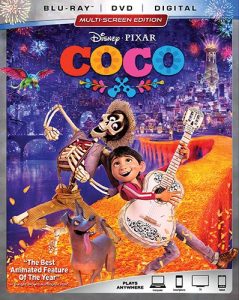 The film Coco itself is the greatest special feature. However, the package contains the whole nine, with commentary, deleted scenes (always interesting to watch for an animated feature), Paths to Pixar: Coco, The Music of Coco, and much much more, so be prepared to spend hours taking a deep dive into Pixar animation.

The film Coco definitely has the power to grow on someone (even this hardened adult), so give in to the Disney / Pixar magic and pick up the Blu-Ray / DVD combo pack (or the 4K Edition). It’s perfectly timed as it’s available in time for the Oscars, in which Coco is expected to win Best Animated Feature and may have a good shot at Best Song as well, for Remember Me.