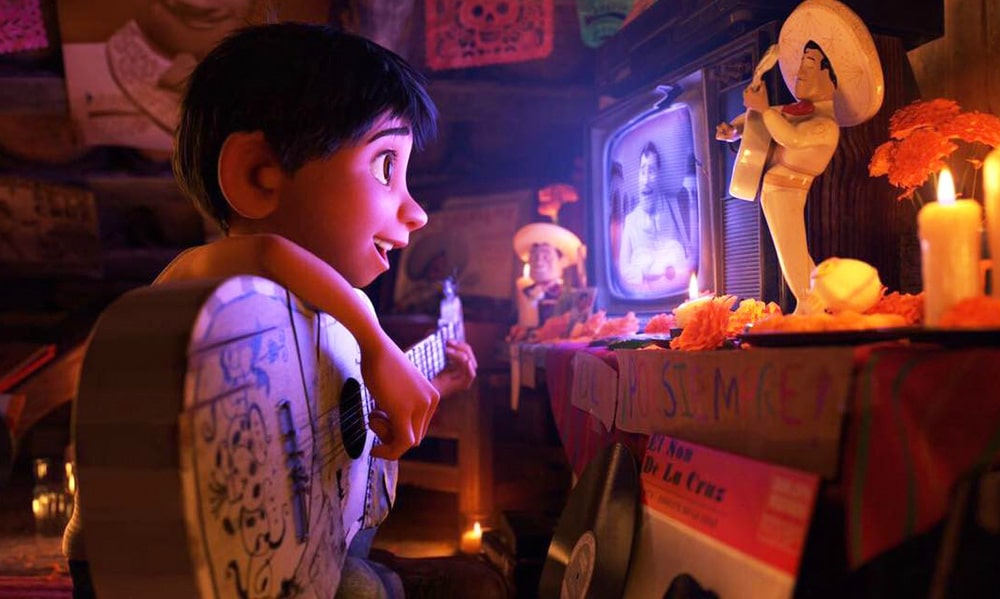 The film Coco, which is based on an idea by Lee Unkrich, directed by Unkrich and co-written (with Matthew Aldrich) and co-directed by Adrian Molina, is a perfectly average film.

However, average isn’t cutting it from Disney/Pixar anymore, which has an avalanche of sequels and non-original stories on the way. Look, it’s lofty comparisons, but Cars 3 (which was surprisingly decent) and now Coco mean that in a two Pixar year, we’re settling for this calibre of films.

Inside Out wasn’t too long ago, and even films like Wall-E and Up are from this generation, so to speak. But these are classic films. Not classic animated films, but all-timers, period full stop.

Coco is a pleasant little diversion for the holidays, but the short playing in front of it (Olaf’s Frozen Adventure) has generated far more hype. It’s fine, and the animation looked pretty decent; yet it’s not an all-timer and doesn’t take many risks.

Well, that’s not entirely true: there are two major risks for a family film. First is telling a story set mainly in the spirit world, or the in-between, or something that may result in a long talk between parents and children about Día de los Muertos (Day of the Dead). The second is to set a story in Mexico, especially in the age of Donald Trump. But yet, hinging on its potential for crossover appeal, having the actors speaking Spanish instead of accented English would have been a real risk. Think of how Wall-E went wordless for the first hour, or the opening from Up, and compare with Miguel Rivera (newcomer Anthony Gonzalez), who desires to be a musician like his great-great-grandfather Ernesto De La Cruz (Benjamin Bratt). That’s essentially the story in a nutshell as anything else would be a major spoiler.

Oh! In the spirit of sidekicks, there’s a mangy dog named Dante (his name should serve a major hint for fans of 14th century Tuscan epic poetry). There’s also the voice of Gaél Garcia Bernal as a trickster figure, and he’s probably the best part of the movie.  There are some songs, a lesson is learned, the title becomes clearer, and a good time is had by all. Then it’s forgotten about by this time next year.