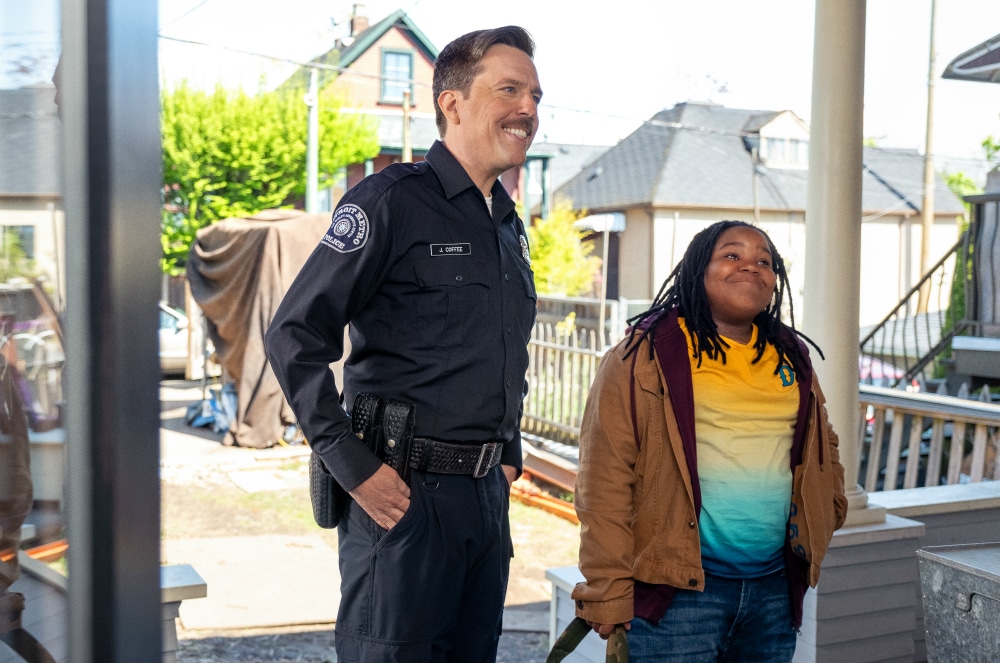 Loath as I am to punch down at a mere child, Coffee & Kareem has me in a tight spot. In the film, directed by Michael Dowse and written by Shane Mack, we’re presented with a plausible enough scenario. A white cop, the eponymous Coffee (Ed Helms), is dating a Black nurse, Vanessa (Taraji P. Henson), who has a son named—you guessed it—Kareem (Terrence Little Gardenhigh), a mouthy 12-year-old. Though the film’s problems are manifold, it really is hard to overstate how obnoxious Gardenhigh’s performance is. There, that’s out of the way; now we can trash the rest.

Kareem, of course, wants to get rid of Coffee. His plan is to hire gangster Orlando (RonReaco Lee) to scare him off. Except Orlando gets captured in a police raid led by Watts (Betty Gilpin, in a welcome, if wasted turn)—escaping only thanks to Coffee’s incompetence before going into hiding. Fortunately, Kareem knows where Orlando is, bringing Coffee along to put them all through a series of ridiculous events. These involve: dodging Orlando and his talkative goons, a scene in which Kareem explains how best to threaten someone (talk a lot of “gay shit”), Coffee radiating off-the-charts Divorced Guy energy (a Helms specialty), the most obvious corrupt cop reveal ever, a car chase in a roundabout (inadvertent metaphor alert!), and a character listed in the credits as “French Canadian Terminator.” That last item depressed me. Leave it to Dowse, the Canadian filmmaker behind gems like Fubar and Goon, to squeeze that in. Too bad it’s for complete dreck.

Still, there’s a good idea lurking somewhere in Coffee & Kareem. The tale of an insecure white cop and his eager Black ward, a kid who, say, only thinks he’s tough enough to be a thug—that’s an idea with legs. This film is not that though; it’s far too incurious. Better to make Kareem a too mature, too violent, and too profane kid instead. There’s no reason to believe that kind of treatment of a 12-year-old Black boy reinforces any dangerous ideas, right?