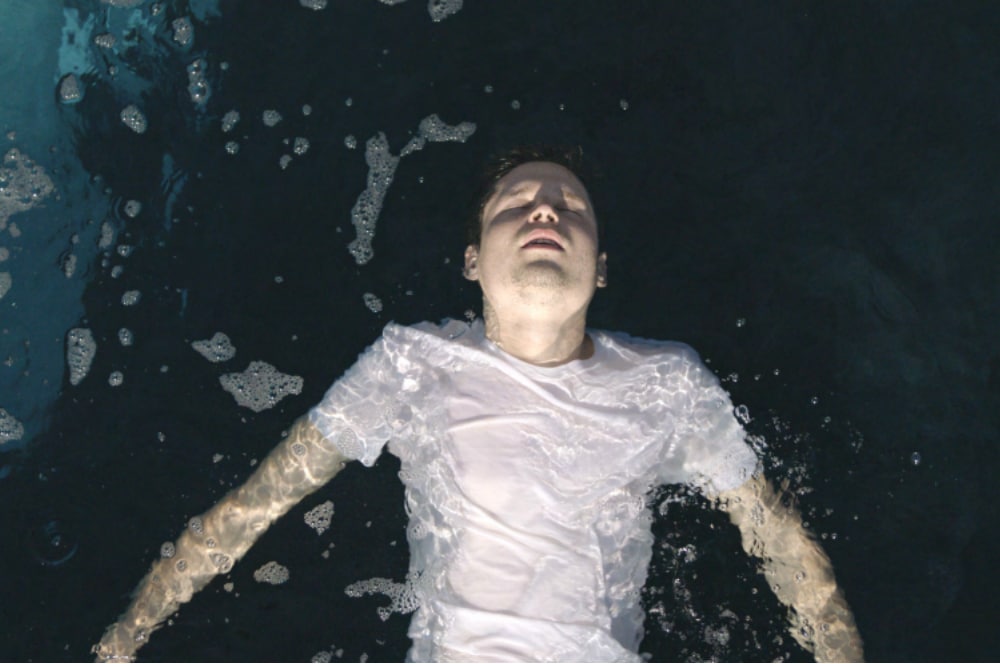 Kristen Stewart’s Come Swim truly exists in the liminal space between reality and dreamstate. To describe the plot of the film would be to provide interpretation when little is offered. My take is that it is about an office drone (Josh Kaye, credited as “Josh”), who can never have enough water to drink, as he chugs it straight out of the bottle, often while driving. Additionally, he is swimming in a body of water, but he may be drowning in it. He is also haunted by the voice of Sydney Lopez (billed as Sydney), but who often sounds like a plurality of voices, and often sounds like Stewart.

To call the piece influenced by auteurs with whom Stewart has recently worked like Olivier Assayas would be reductionist. This film clearly belongs to Stewart, who worked with her own unique collaborators (the music by her former partner St. Vincent and Drake Doremus’ cinematographer John Gulesarian). Stewart uses neutral hues and achieves some extremely impressive visuals and sounds. Whereas Doremus may have bathed the screen in light, Stewart maintains a more even tone, offering only a white screen at the end, in which the subtle music cues possibly provide some answers in an elliptical piece.

Regardless of being able to fully extract meaning, as it is probably best to fully immerse personal reflections into the short, Stewart has serious talent. She is not coasting on her name and popularity and proves that she really has what it takes as a young filmmaker. I’d be thrilled to see what she produces in the future as she forges her own path as writer and director.