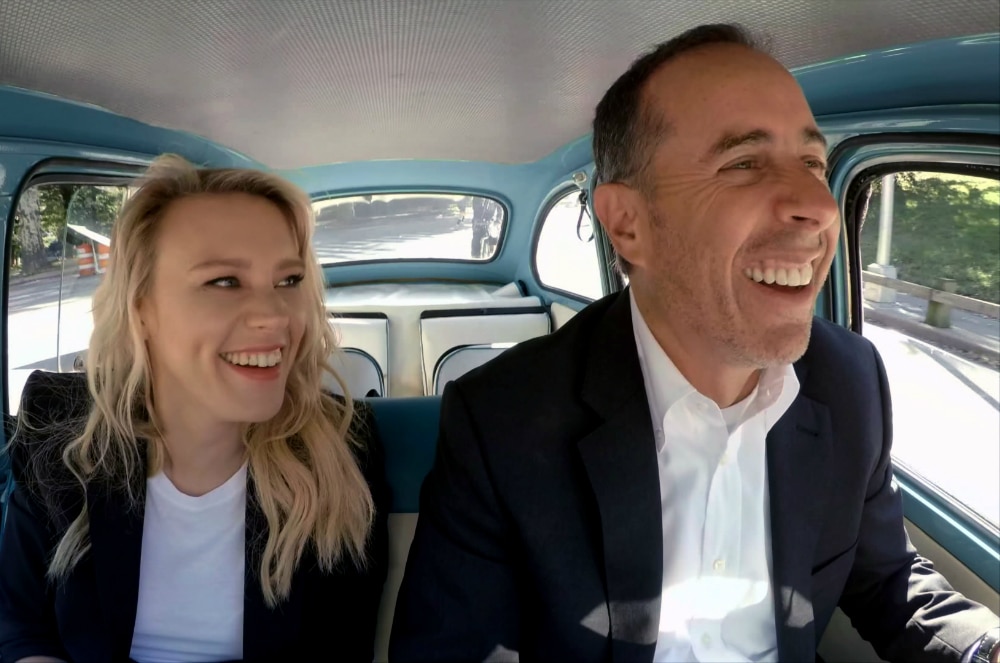 The question of why hangs over Jerry Seinfeld and his show Comedians in Cars Getting Coffee. Why do we like all this talking? Why do we even need to keep talking? And why do people watch? Despite being on TV, talking continuously since the 80s, Seinfeld sounds incredulous. What’s the deal here? So it goes with the latest season of CCGC, except when Jerry reaches outside his relatively sheltered experience. Seinfeld is dismissive of his celebrity, so it’s noteworthy to watch him engage with people who live that way too, or are struggling—with fame, family, or both—to get there.

It’s this sentiment that speaks to the unevenness of some of these episodes. Seinfeld and CCGC is at its worst when it involves back-slapping with comfortable, middle-aged, white male comedians. Throw those first three episodes, with Dana Carvey, Brian Regan (one of my favourite comedians), and especially Alec Baldwin, who for all the world sounds like he’s trying to drape himself in his wife and kids to fend off future allegations, right out. (Neal Brennan’s episode too, as he works his way towards joining that group.) Embrace instead the selfless cool of Dave Chappelle, or the pointed grace of Ellen Degeneres, or the nervy energy of Zach Galifianakis—or just watch John Mulaney try to buy a rug for his wife. These moments, coupled with the power dynamics at play in each episode, are worth watching. When up-and-comer Hasan Minhaj meets Jerry, there’s a natural impulse to defer, to be starstruck, to literally just go along for the ride. But when Jerry Lewis, the actual king of comedy, enters, silence is allowed to reign—why should he make the effort to talk?

Worry not, Comedians in Cars Getting Coffee will have you laughing too. As Seinfeld makes abundantly clear, that’s really the only thing to consider in comedy: is it funny? So, while Jerry’s tenth season is mostly light-weight, and, as he’d easily admit, probably unnecessary, it does produce a few chuckles. What we learn about Chappelle or Degeneres could likely be gleaned elsewhere, but sometimes a casual chat works just as well. And if it comes with a cup of coffee and a cool car—hey, why not?