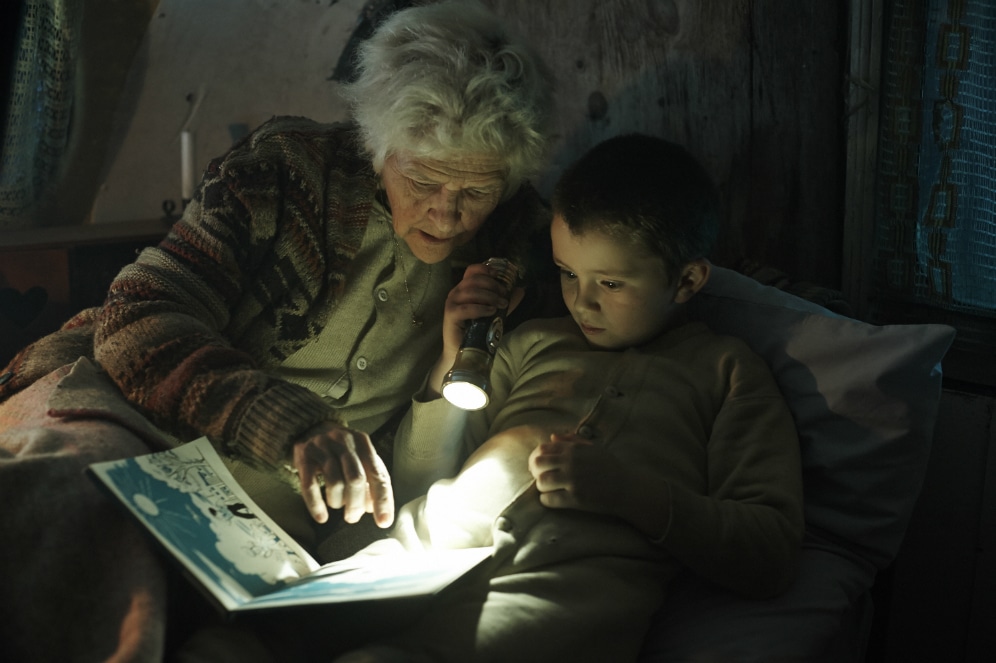 It’s moving to consider how scary the October Crisis must have felt to some in 1970’s Quebec. Director Luc Picard knows this, and his new film Cross My Heart does not shy away from the historic reality. Despite ostensibly centring on a group of children, Picard makes the danger clear: we see TV footage, get involved in divisive family arguments, and even watch a tank roll onto the scene. But still, those kids take precedence, and the film’s obvious (and voiceover-aided) nostalgic perspective shifts the story away from any urgent political messaging. C’est dommage.

We’re sold instead on the tale of a family in peril. With an ailing father and a “fragile” mother, 12-year-old Manon (Milya Corbeil-Gavreau) is told she and her baby brother Mimi (Anthony Bouchard) are headed for foster care—separately. Inspired by the omnipresent FLQ, she and cousins Martin and Denis (Henri Richer-Picard and Alexis Guay) decide to take a hostage and run off to an abandoned hunting lodge. Like many youthful plans, this one doesn’t make a lot of sense, but no matter. The four kids and their charge, the aged Rose (Clare Coulter), escape to the country and attempt to play house—until the authorities eventually close in. Now, there’s enough material here, with the political backdrop, the interplay between familial generations, and the gradual police process, to make a worthwhile movie. Picard and screenwriter Nicole Bélanger (adapting her own novel) certainly try their level best to make the film feel as grand as possible. But it doesn’t add up.

And that’s because everything in Cross My Heart is plainly telegraphed from kilometres away. Manon’s father coughs, so we know his time is short. The kids discover a hunting rifle, and we know it’s eventually going to be pointed at someone. The grandma needs heart pills, and, well, you get the idea. Good story structure is one thing, but this kind of narrative often saps the film of any vitality. It could have used some of Leolo‘s weirdness, or Jean-Marc Vallée’s aesthetic muscle (to use two other French-Canadian touchstones) to make it move. Instead, while appearing real enough, the film feels frozen in amber.

Win advance screening passes to The Strangers: Prey at Night