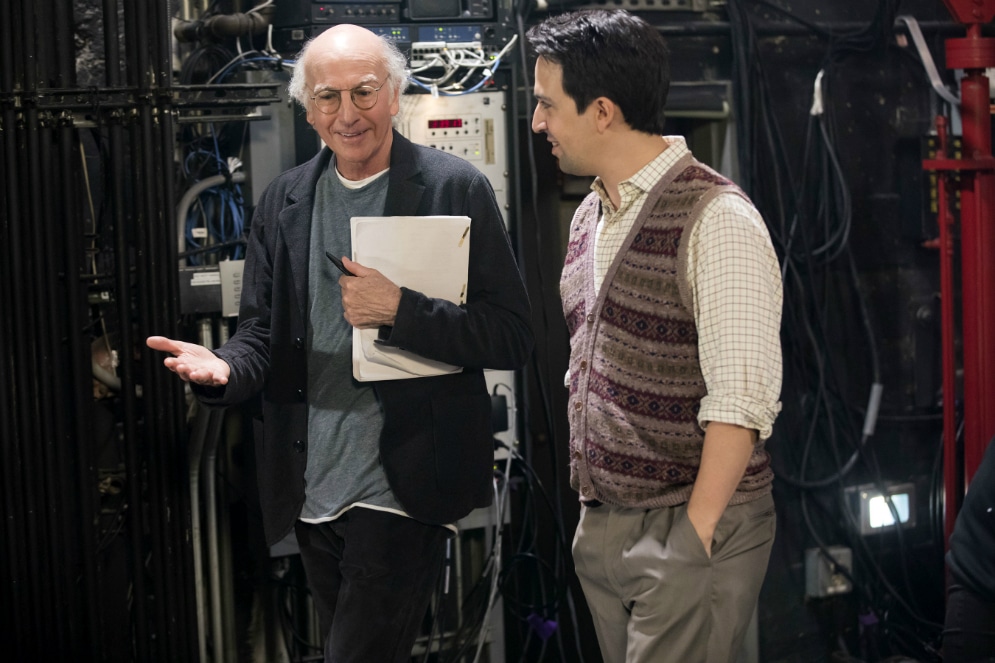 As a comedy, Curb Your Enthusiasm follows British sitcom conventions more than it does the traditional American style. Rather than a jolt a moment, each season has a story arc and a joke or situation set-up that might not deliver its payoff until several episodes later. If you are binge watching, you don’t have wait as long for the punchline.

Since these are brief takes, to avoid spoilers I won’t give away too much about the season — just the essentials and the highlights:

Larry David is writing a musical comedy called Fatwa!, based on Salman Rushdie’s life. He appears on the Jimmy Kimmel late-night TV show to promote it and does an impression of the Ayatollah. The Ayatollah is not impressed by the impression and issues a fatwa on Larry.

One of Susie’s friends, played by Lauren Graham, goes on a date with Larry. They have a great time until the date is interrupted by her son who has Asperger Syndrome and is rude to Larry. To explain away his own lack of social graces, Larry claims to be similarly on the spectrum, maybe accurately.

Larry’s fatwa is revoked, and the musical is back on, but only if Lin-Manuel Miranda takes part.  Lin-Manuel and Larry reprise and spoof a scene from Hamilton and of course, because it’s Larry, things go horribly and hilariously wrong.

A lot more happens over the ten episodes and eventually it all ties together. That doesn’t mean that each situation doesn’t stand on its own. The plots and subplots of Curb Your Enthusiasm are meticulously outlined by Larry David, but then the dialogue is improvised by the cast. It is this interplay between the actors that creates the most memorable moments. On DVD you can cringe again at your leisure and get a sense of the art that goes into the silliest moments. 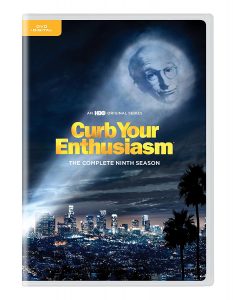 The bonus features on the DVD are deleted scenes and six minutes of the cast picking their favourite moments. For Leon fans, the deleted scenes give you more of him. Curb’s indolent equivalent to Seinfeld’s Kramer wasn’t as prominent in the show this time around, but you can relish JB Smoove’s comedy chops from what landed on the cutting room floor. My favourite supporting Curb character has become Larry’s foil, Funkhouser, played by Bob Einstein. Hearing him choose his most memorable moments just cracked me up.