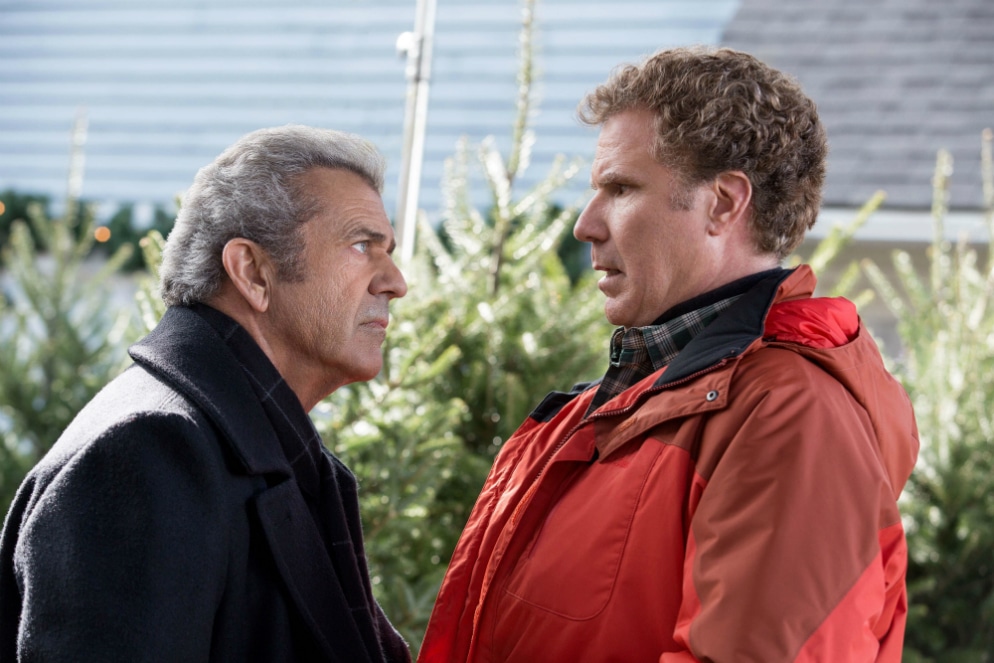 Arriving at the heels of A Bad Moms Christmas comes its patriarchal sequel counterpoint, Daddy’s Home Two. Much like ABMC, DH2 is an unnecessary follow-up to a hugely successful first film. Much like the former film, it’s almost an ad for the perfect (obviously, very white) family in Donald Trump’s America. Milquetoast Dad (Will Ferrell, Mark Wahlberg) is a goof, Mom (Linda Cardellini, Alessandra Ambrosio) is younger and of course, gorgeous, and is really only there to smile at Dad’s silly mistakes (God forbid she has a personality or, you know, opinions on how to raise the children), while the beautiful kids (Owen Vaccaro, Scarlett Estevez, Didi Costine) act out their rebellious desires at will. They live in a picturesque home, vacation in a snowy cabin that would fit in perfectly with the decor porn of a Nancy Meyers film and spend the kind of money on a Christmas tree that most people barely earn in a year.

If the film was just that family fantasy mixed in with a few jokes, I would have stood for it. Yet for some inexplicable reason, the screenwriters of Daddy’s Home Two (Sean Anders and John Morris)  seemed to want to include sexist, misogynistic, pro-sexual assault, pro-incest, pro-shoplifting, pro-gun use material into the mix. Oh, and they made sure to include a heaping helping of Mel Gibson being, well, unapologetically Mel Gibson. In one scene he encourages his young male grandchild to strut up to the young girl he likes, kiss her without her consent and then smack her posterior. Hilarious, right? And then in another scene, he buys a hunting rifle for his pre-pubescent granddaughter and watches proudly as she first shoots him and then guns down two turkeys. These scenes, along with Will Ferrell and his onscreen father, John Lithgow (why, John Lithgow, why?!?) getting repeatedly bashed in the face, are apparently what pass for comedy nowadays in a mainstream holiday film.

The advance screening audience with whom I saw the film were in hysterics, though, so take my opinion with a grain of salt.