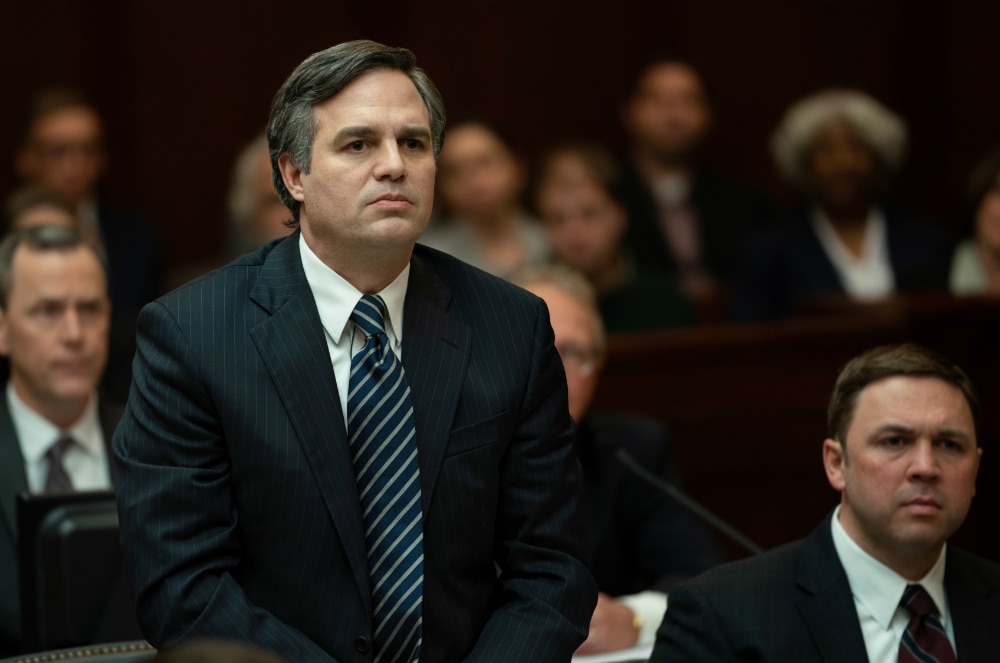 The Catholicism of Robert Bilott, the man at the centre of director Todd Haynes’ new film Dark Waters, is just a matter of fact. As played by Mark Ruffalo, Bilott is notable for far different reasons. His story involves yet another seemingly unsolvable fiasco created by widescale corporate malfeasance, opposed only by dutiful labour stretched over years. While Bilott’s religion is merely background, the non-ecclesiastical definition of “catholic” comes to inform Haynes’ entire approach: “all-embracing, having wide sympathies, and containing strong evangelism.”

Despite his work as a corporate defense attorney, Bilott meets with Wilbur Tennant (Bill Camp), an angry farmer on land poisoned by DuPont Inc. The case looks like an isolated incident, except as Bilott peers deeper into this particular well he finds a problem spanning decades—and a new calling. In this, Haynes identifies the tension that makes these sorts of legal procedurals worthwhile; and in Bilott he’s found the perfect subject, a humble man, adjacent to wealth and power, who chooses to reject it. Combined with Ruffalo’s quietly dogged performance, Dark Waters becomes about pressure, the underclass working to erode the veneer of the rich. It’s why Haynes juxtaposes blank boardrooms with the pulsing anger and fear of the wide country beyond. His Bilott captures this duality too through an origin story that doubles as original sin—one that can only be undone by sacrifice. From there, the film follows the familiar beats of courtroom drama, but like its protagonist, doesn’t feel beholden to them. It’s just trying to set things right.

So Dark Waters seeps on with more faces (including notable roles for Anne Hathaway, Tim Robbins, and Bill Pullman), more places around America, and more years of legal discourse. We already know there isn’t going to be a victory here because DuPont still exists. That’s not really the film’s aim, nor the world we live in. Instead, Haynes embraces the notion that if still waters run deep, dark water has no bottom. In his efforts, however, he does find something worth bringing to the surface: a purpose so pure it could be called holy.