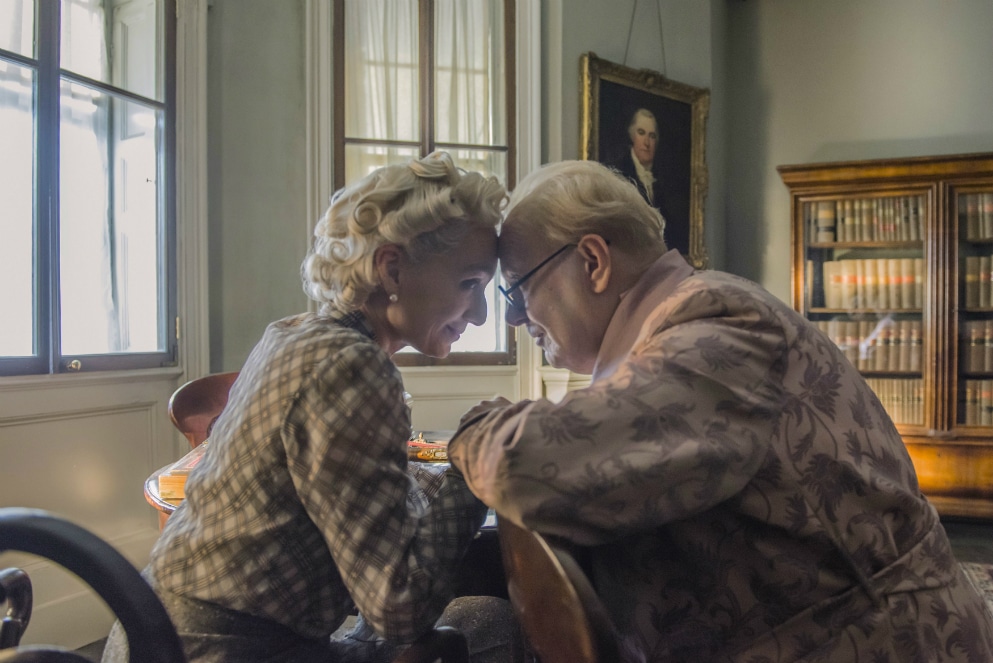 Darkest Hour is a tour de force acting performance by Gary Oldman. It’s incredible when the film plays just how much of a stretch the role seems to be, as Oldman doesn’t really resemble the UK leader, but then suddenly, he is able to transform both himself and all expectations. The movie premiered at Telluride and TIFF, and the Oscar buzz kept rolling for Oldman, (shame not for Dario Marinelli’s music as well), and he is the favourite to earn the Best Actor statuette.

Joe Wright’s film also features standout performances by Stephen Dillane, a long way from Stannis Baratheon as Edward Wood, 3rd Viscount Halifax, Ronald Pickup as Neville Chamberlain, and the always welcome Ben Mendelsohn, giving a very different performance than Colin Firth in The King’s Speech as King George VI. The film is ostensibly about the men, and yet the women present some of the stronger characters, especially Kristin Scott Thomas, resplendent as Clementine Churchill, (though she receives far too little screen time), and Lily James, who, as Churchill’s secretary Elizabeth Layton, reveals that she can act, and perhaps this is why she was chosen to play the young Meryl Streep in Mamma Mia! Here We Go Again.

The film offers a glimpse (perhaps fictional) into the crisis faced by Churchill at a time of war, (interestingly pairing with Dunkirk to present two different sides of the same conflict), and a return to form for Joe Wright after the disastrous Pan, though it only flickeringly returns to the mastery of Pride & Prejudice and Atonement, and is best watched on a large screen. 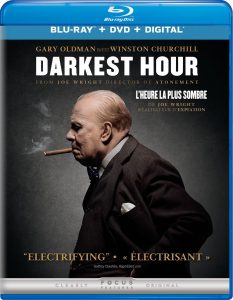 The audio commentary by Wright is nice to see, but including Oldman would have been even better. Instead, Oldman’s journey is presented in the interesting Gary Oldman: Becoming Churchill special feature, which really gets into how he physically and emotionally comes to embody the real life powerhouse. The other special feature, Into Darkest Hour, is a quick look at how the film was made and came to light.

Though the film may not cohere perfectly, (except perhaps for a scene on the London subway, which is brilliant), Darkest Hour is the perfect pickup for your Oscar night.