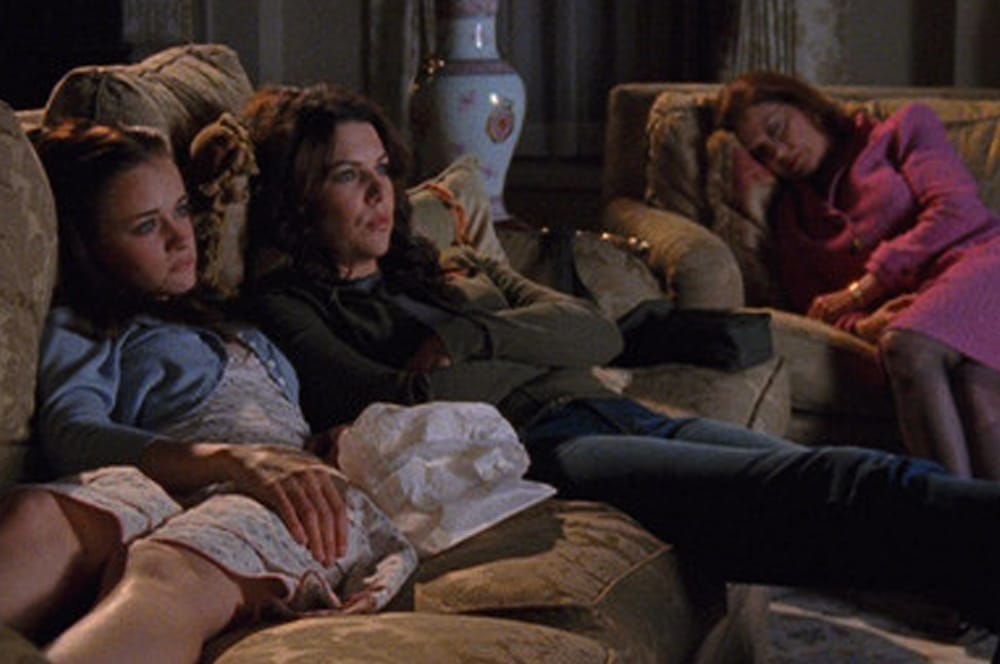 At the very best of times, my relationship with my mother is cordial. The stereotype of an overbearing, passive-aggressive Jewish mother applies to her, and then some. Full on lectures about my job, apartment, boyfriend, etc have come to be expected in every conversation with her and at every family gathering. The only comment that rattles her is when I (or anyone else, for that matter) tell her that she’s exactly like her mother. My grandmother (my mother’s mother), now 96 years old, is as stubborn a person as you’ll ever meet and the lone person to make my mother angry every single time they speak. You could say that their conversations are much like my conversations with my mother, except with more yelling and crying involved. In Gilmore Girls terms, they’re both very much the Emily Gilmore to my Rory (except without the money and ambition). With their staunch religious beliefs, you could even say that the comparison to Mrs. Kim and Lane would be apt as well.

According to new research released by Netflix Canada, 61% of mothers and daughters feel sharing TV shows with each other helps them build a stronger relationship, while more than half of mother-daughter duos report that post-show discussions are the best part of sharing a show together. To be honest, I haven’t shared a show with my mother since Ally McBeal stopped airing on TV (and I can’t even imagine my mother and my grandmother bonding over anything except the Canadian Jewish News). That being said, when my good friends at Netflix Canada sent over a “Date Night with Mom” binge-watching kit filled with the Gilmore Girls’ favorites (Red Vines! Popcorn! Pop Tart Biscotti! Even a candle and blanket!), I couldn’t resist the urge to share the return of one of my favorite shows of all time with my mom and grandmother (after a rather awkward Friday night/Sabbath dinner, of course).

We were off to a good start because my Mom had heard of the show, thanks to her gospel The Globe and Mail. “Is that the show with the strange folks in the town, where the mother and daughter talk too quickly?” “How do I get Netflix? I’ve heard of people talking about it. Can I watch that show about a women’s prison on it?” THANK GOD the good folks at Netflix included a subscription to the streaming service in the kit. Suddenly my grandmother piped in. Out of nowhere – “What is this movie Spotlight? It won an Academy Award and my friend Mira saw it at the Promenade last year. What is it about?” I could tell this was going to be a long night. I tried offering the licorice and biscotti to both of them but they (somehow) agreed with each other that both foods just make you fat and that I’ve clearly had too much junk food lately. It’s nice to know that they can bond over something.

I turn on the pilot episode of the show and, it turns out, my mother and grandmother have something else in common – a love of Carole King. They both start singing (very loudly and very off-key) to the theme song of the show and then chatter away about other singers that they like. Hmm, maybe sharing a TV show will bring these two closer together. Netflix was on to something, clearly. Once the episode is over, I decide to skip ahead and put on the first “season” of Gilmore Girls: A Year in the Life. What they had first dismissed as a “silly nothing program”, suddenly struck an emotional chord in both women. They became suddenly very quiet and still during the scenes surrounding Richard’s death and funeral, and when I looked over, they both had tears in their eyes. My grandfather’s death had been many years ago but the emotional wounds were still fresh for both my mom and grandmother, and they very obviously felt Emily’s raw pain. For the rest of the episode they were very quiet, but once it was over my mom put her hand on mine and, on the other side of me, my grandmother put her head on my shoulder and whispered, “Thank you for sharing this with me”.

Gilmore Girls: A Year in the Life and all seven seasons of Gilmore Girls are currently streaming on Netflix.