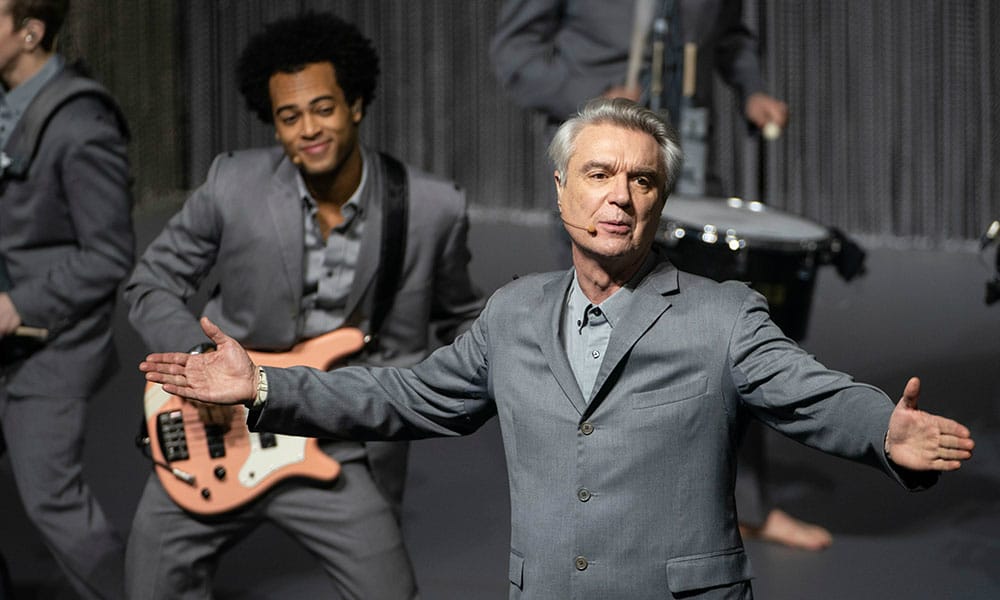 David Byrne’s presence has always traded in wide-eyed innocence. He may sing about alienation and the search for meaning, but he also tends to sound optimistic, his sense of discovery giving way to euphoria rather than cynicism. That doesn’t mean Byrne resists the truth, though. That’s the vibe in director Spike Lee’s American Utopia: disarming, yet loaded.

As a concert film, David Byrne’s American Utopia has a twin purpose. The first is obvious: capture Byrne’s delightful touring stage show. To this end, Lee marshals a fleet of cameras and puts us on stage with the band as Byrne belts out classics like “Once In A Lifetime.” Lee doesn’t neglect the audience though, gradually expanding the frame to see more and more of the crowd as they dance to the hits. In all, it’s fun stuff. The second aim appears suddenly, however, when Byrne starts talking politics. It’s not subtle, especially with Lee’s insistent and urgent messaging, but the juxtaposition of that on-stage joy with a benevolent call for change feels supercharged. We know how we got here.

Now, I’m not that up-to-speed on all of Byrne’s music, both in and out of the Talking Heads. As American Utopia ran, I tried to take note of which songs were performed that I recognized (or not), before quickly giving up. It was more satisfying to just let the music and performances wash over me. In this, both Byrne and Lee know exactly what they’re doing. Take heed and go forth.