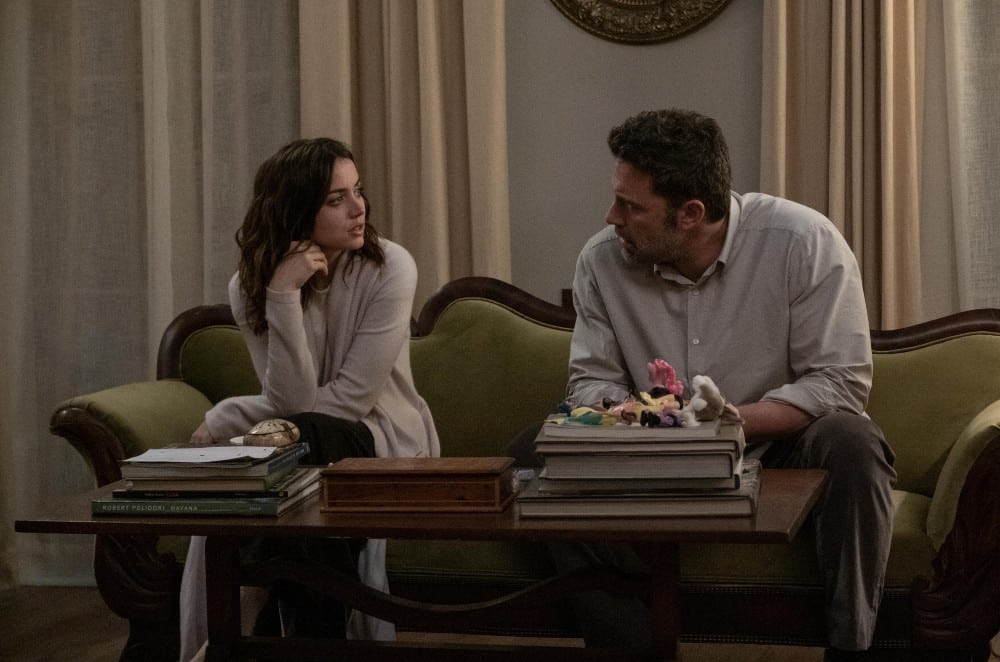 The appeal of Deep Water, the new film from director Adrian Lyne, is watching Ben Affleck, nearing 50, as he’s put through his paces. What, you were expecting me to mention something else? Oh sure, it’s also noteworthy to see Ana de Armas slink around the frame, but it’s Affleck’s performance that sustains the film. And while its story is indeed something of a two-hander (so to speak), what pleasure we get out of it comes down to acknowledging that fact.

As written by Zach Helm and Sam Levinson (a bad sign), Deep Water regards a well-off couple, Vic (Affleck) and Melinda (de Armas) as they carry on in their lives. This mostly involves going to parties, tending to hobbies, and raising their daughter. What we learn, however, is that Melinda also enjoys carrying on while in the company of new male friends she may or may not be bedding; and while Vic does have his hobbies—bike-riding, photography, and snail-keeping among them—he does not seem to be in the habit of stopping his wife’s apparent infidelity. But is that really true after more than one of those new male friends ends up dead? That’s the friction that gives Lyne’s film its charge, the mystery at its centre, and the lead question that begs an answer. There’s no real reason these two would be together, save for the most important one: the powerful inexplicable sexual bond between them. We can guess the film’s narrative from there, with a few more young men popping up, some cardboard cut-out friends (played by Tracy Letts, Lil Rel Howery, and others) moving the plot along, and a spritz of low-grade third act escalation.