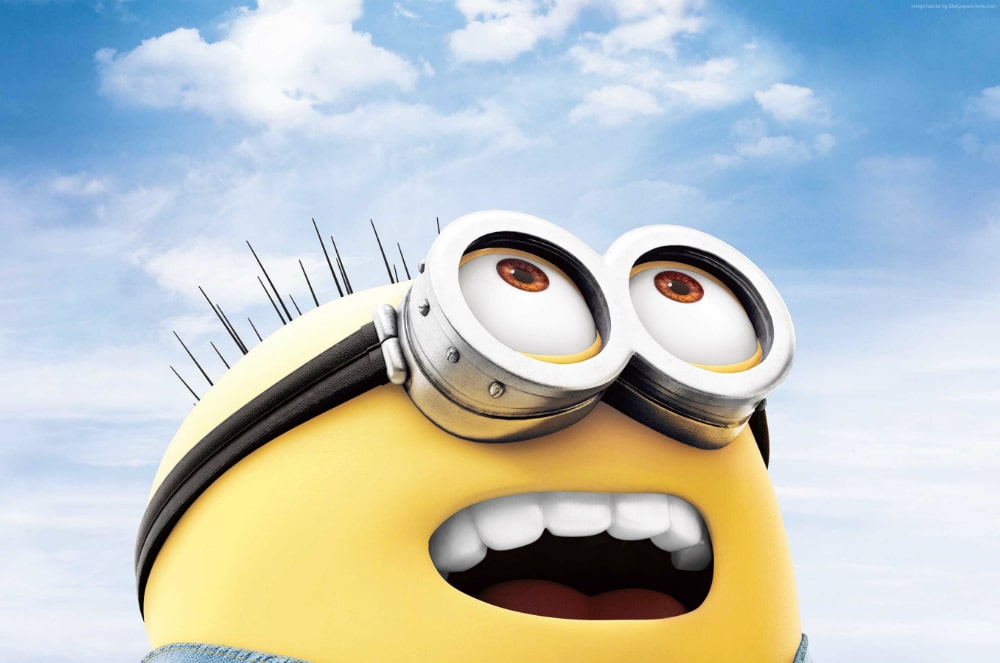 The Minions are back, baby! Well, sort of. After branching off with their own spinoff / prequel in Minions, Kevin, Stuart and Bob and the rest are joined by the formerly evil Felonious Gru (the voice of Steve Carell), newcomer Dru, Gru’s long-lost twin brother (also voiced by Carell). Kristen Wiig is back as adoptive mother Lucy, Miranda Cosgrove, Dana Gaier and newcomer Nev Scharrel as the rest of the family, Margo, Edith and Agnes. Also joining the fold are Jenny Slate as Valerie Da Vinci, who rises up to control the Anti-Villian League, (more of her, please), Steve Coogan, sounding a lot like Jared Harris as Silas Ramsbottom, the retiring Anti-Villian League director.

Also joining the cast, and perhaps more surprisingly is Trey Parker, as a former eighties TV star who gets a little too attached to his role named Balthazar Bratt. Suprisingly, well, because Parker is very much associated with animation and voice work from a little show called South Park, and it would have been a stretch to see that he fits into what is essentially a kids and family franchise, though his take on Bratt is successful, as he finds a sense of tone. His character is not too smutty, and sort of gets the humour and irreverence involved with the mega-successful franchise. The direction of the film as a whole is fairly frenetic, so Parker gets some choice screen time, Cosgrove gets a meatier role, Wiig does her thing, Coogan also seems to get it, and Gaier is around to introduce the one deleted scene.

The movie on the whole has a lot of stuff going on, and ninety minutes can barely contain it. There are double-crosses and many jokes, and villianry and anti-villianry and Gru and Dru, and about five new Pharrell Williams songs, (however none as infectiously catchy as Happy, though the Pharrell and Parker team-up is at least a change of pace and comes in at the end). 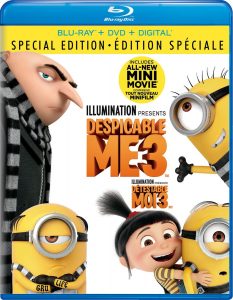 The special features are labelled as Bonus, and though there are a large number of them, the one that is featured most prominently on the disc, (and on the box art) is the “All-New Mini Movie”, which might have also been termed as a “short”, and involves the dog of the house, Kyle. At one point, the title seemed to have been “The Secret Life of Kyle” but now it’s a Mini Movie, and I am okay with that. It’s presented in 2:35:1 widescreen aspect ratio, which is a first for Illumination Entertainment and is a little different, but I tend not to be a fan of the character of the agressive dog, so its technical skill is its greatest attribute, and it sets up for another potential franchise opportunity, along with the movie’s sequel ending.

If you’re all in on the Minions and the Despicable Me franchise and expect more of the same, this attractive package (I like the branded yellow and promise of a “Limited Edition”), will be a wonderful holiday present and fits conveniently in a stocking.