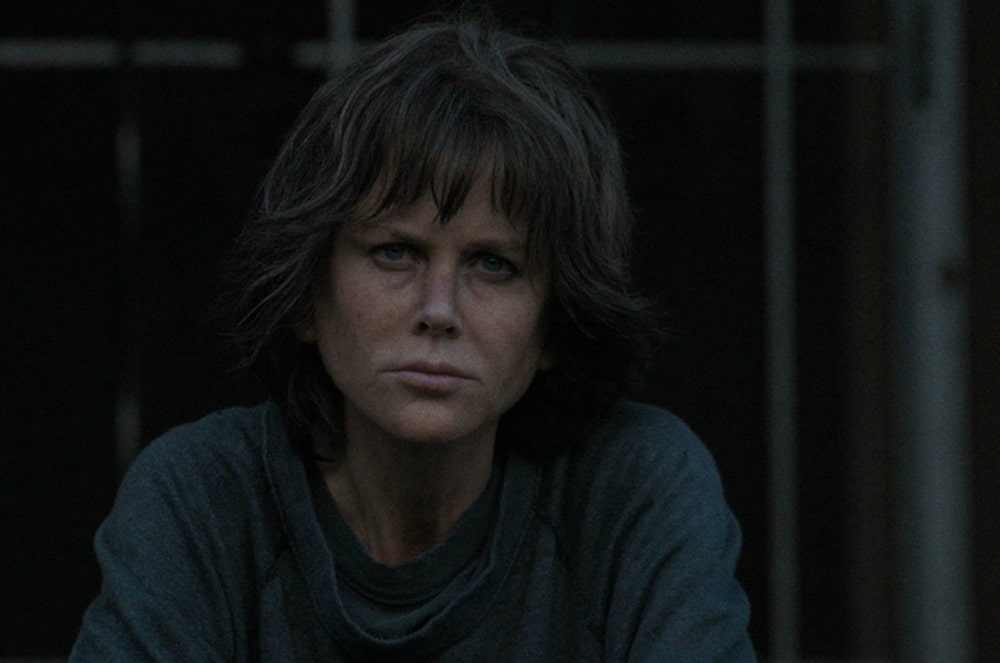 In director Karyn Kusama’s Destroyer, Nicole Kidman goes all out in a new way. In fact, in the annals of cop movies, particularly those set in L.A., it’s fair to call her performance singular. Yes, the film unleashes Kidman to be as bad as all the other dirty cops in cinema history—but is that enough? Well, kudos for bravery at least.

Kidman’s Erin Bell has aged into a bad cop (smoky eye is the dead giveaway). Her time undercover with Chris (Sebastian Stan), in the employ of bank robber Silas (Toby Kebbell), has hollowed her out. Except now Silas is back, forcing Bell (and the film’s structure) into her past to track down former associates in an effort to take him down once and for all. As premises go, we’ve seen this before. But with Kidman hard-charging throughout—and somehow playing young and old versions of herself convincingly—the film can lean on her to enliven its familiar material. In support, Kusama’s directing is solid, if mostly unspectacular. Both are undone, however, by the film’s writing and forgettable supporting characters. You can almost see Kidman waiting for them to catch up.

As Destroyer drags itself into its final third, a character mumbles, “At this point I’m just punishing myself,” and it’s hard not to think: same. To its credit, there are a couple of memorable setpieces here, and the narrative strands are tied together—some with care, others not so much—in an exhaustive conclusion. As L.A. cop movies go, it’s not Michael Mann’s Heat, but it’s warm enough.