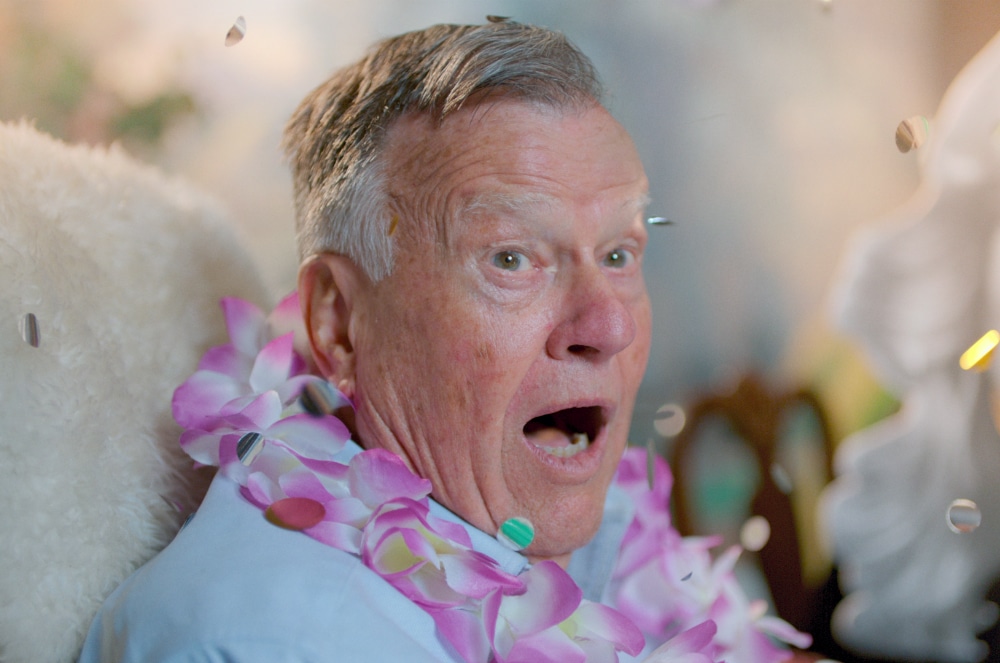 Since the dawn of man, we’ve been trying to outrun death. For a filmmaker like Kirsten Johnson, that’s meant trying to capture life forever on film—including that of her late mother’s (in her masterful Cameraperson) and now her father’s. In Dick Johnson is Dead, Johnson (with co-writer Nels Bangerter) constructs a film that celebrates one man’s life. In an unexpected twist, however, it does so by visualizing ways that man could die. Believe me, this is a cheerful film.

After an opening scene in which an air-conditioner falls on Dick’s head, we quickly grasp what Dick Johnson is Dead is about. Johnson’s father gets up and continues on, and we join the pair as they close up his therapy office, pack up his long-time home, and move him across the country into her New York apartment. The sea change here is massive and it’s clear Dick’s health and mind are deteriorating too. While Johnson must contend with that, there’s still so much life in her film. Some of this is real, e.g. Johnson and family going about their day, or she and Dick taking a trip out west to see an old friend; and some is artifice, scenes of pure fantasy in which Johnson imagines what her father’s heaven will look like. But if there is indeed a heaven, then hell exists too—and so we see Dick’s death a few more times. Even when prepped, even when we know it’s coming, each death still comes as a shock. In life, there’s no mystery there and yet we’re left to silently consider.

There’s a question of appropriateness looming over Dick Johnson is Dead. Is this really what the old man wants, given his diminishing faculties? It’s fair to wonder. But then again, to see father and daughter tearfully smiling in each other’s arms makes this concern moot. Johnson’s film is a fake reality, except it’s a real reality too. And by pairing the two she has very knowingly given her father something else: a living tribute and wonderful goodbye.