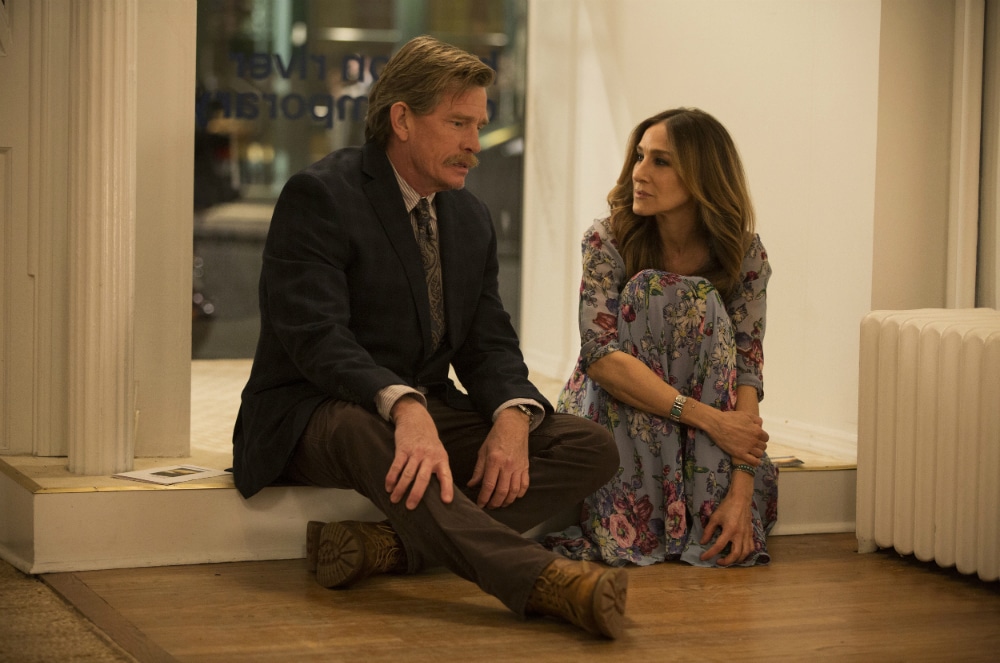 Divorce can be very messy. For anyone who’s gone through the dissolution of a marriage themselves or have been children of divorced parents, you understand how much fallout there is and how draining (physically, mentally, emotionally, financially) it can be for even people on the periphery of the relationship. Divorce, the new television dramedy from HBO, succinctly captures these highs and lows of a rapidly unraveling couple in the beginning stages of getting a divorce. The show marks Sarah Jessica Parker’s long awaited return to cable television, in a role distinctly unlike her Carrie Bradshaw character that made her a household name, and brought HBO to the forefront of must-see television to women all across the world.

On Divorce, SJP plays Frances, who, after over a decade of marriage and two children, has decided to end her tense marriage to Robert (Thomas Haden Church). The declaration to her husband unravels a whole host of other confessions and long-held secrets including her affair with an art professor (played to hilarious effect by Jemaine Clement), Robert’s dire financial state, and the fact that their kids are far savvier than they were long assumed to be by their squabbling parents. The supporting cast, led by Molly Shannon (who had appeared briefly on Sex and the City with SJP), Tracy Letts and Talia Balsam are terrific in their respective roles, but the show really belongs to Parker and Church, who are very much the believably flawed, often unlikeable couple they portray. 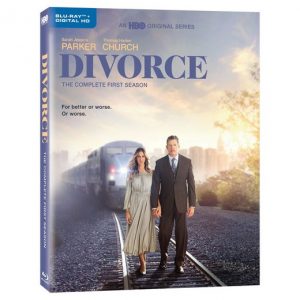 The home entertainment package comes with three fascinating audio commentary tracks – on which star and executive producer Sarah Jessica Parker, executive producer/writer Paul Simms and writers Tom Scharpling (elaborating on the Christmas episode) & Adam Resnick (on the episode titled ‘Weekend Plans’) chat about everything from the colors used in the opening credit sequence to the instrumentation on the show’s score. Definitely one of the most comprehensive series of commentary tracks I’ve listened to in a very long time.

Somehow the show went under the radar when it aired on HBO last year, so I encourage people to seek it out on Blu-ray & DVD (in stores now!) before the second season begins airing later this year.

And We’re Off Review