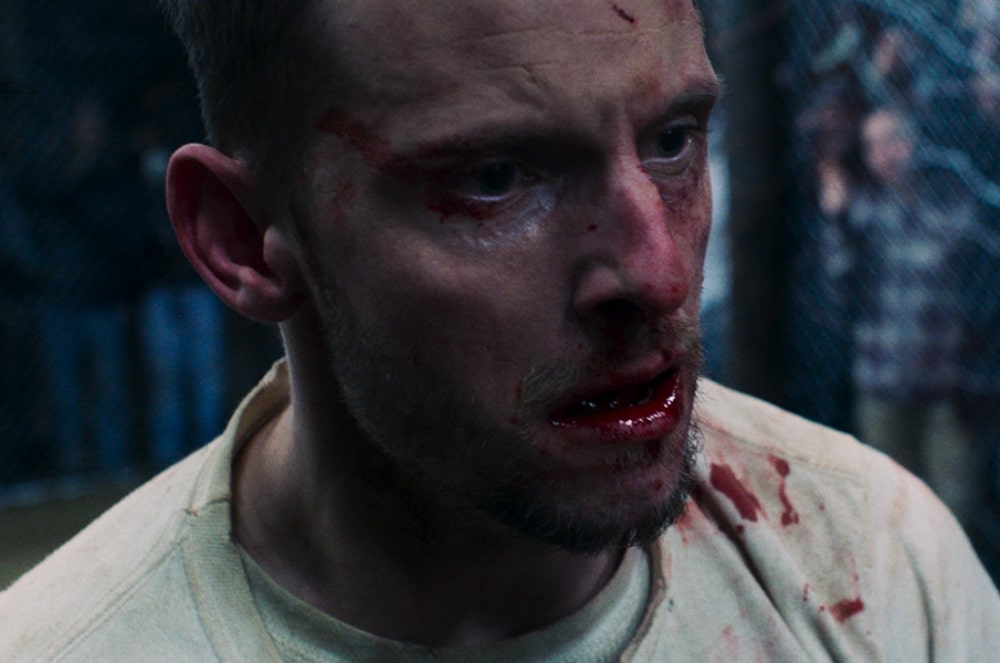 Set in economically anxious America, writer-director Tim Sutton’s Donnybrook gets the details right in aggregate. Race plays no part in his film (except in noting the all-white cast); drugs, violence, poverty, and desperation surely do. Fenced in by those terms, Sutton has a straight-forward mission: create belief in the hero, fear of the villain, and anticipation for the $100,000 climactic brawl at the end.

On those counts, Donnybrook succeeds, even with the less than physically credible Jamie Bell as Jarhead Earl, a soldier at loose ends upon his return home. It’s his single-minded quest to win the titular fight for his family that gives the film its emotional weight. His opposite meanwhile, the aptly named Chainsaw Angus (Frank Grillo, perfectly cast), is very much a scary dude. Between those extremities however, the film struggles to amount to as much, despite its effectively threatening score and moody, natural cinematography. As Angus’ sister Delia, Margaret Qualley is left to twist in the wind; while James Badge Dale’s crooked cop seems to have stumbled in from a different film to make a point about the uselessness of today’s law enforcement. Better to just get on with the main event.

Here again Donnybrook has Grillo, who tears through every scene as if from a different universe. His Anton Chigurh-esque approach, like the drugs his character makes, is pleasurable and addictive—and also bad for you. The violence Grillo stirs up is on the same level as No Country For Old Men, sure, but the film lacks the Coens’ bleak comedy to pair with it. I didn’t necessarily want to laugh here, but I was looking to take a break from grimacing.