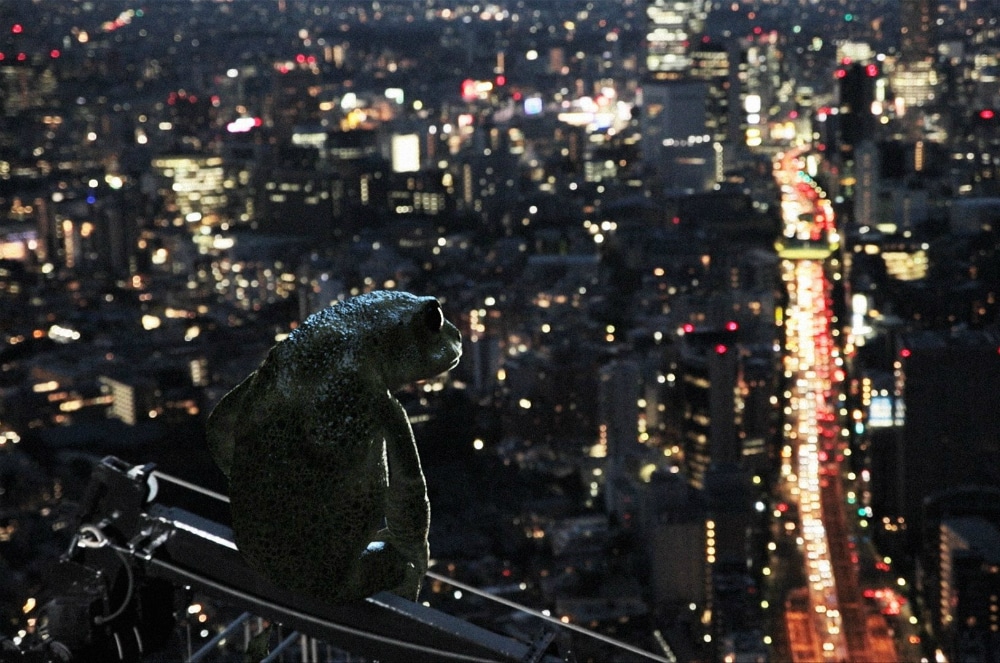 I was introduced to Haruki Murakami, the Japanese writer, through Haruki Murakami and the Music of Words by Jay Rubin, one of his English language translators. Murakami is the world’s most translated contemporary writer and the book is fascinating because Rubin reveals the challenges of translating the enigmatic ideas from Japanese, a language that is structured so differently than English, or just about any other language in the world.

Since then I have read every Murakami book or story I can put my hands on.

So, it feels like coming full circle to watch the film, Dreaming Murakami, the winner of the top mid-length doc at Toronto’s Hot Docs Festival. Like Rubin’s book, the documentary is best appreciated by Murakami fans, but all movie-goers who like the off-beat will enjoy it.

Murakami never appears in the movie. He is as mysterious as his books are. It is by no means a biography. It is really about the art of translation. Dreaming Murakami highlights Murakami’s Danish translator, Mette Holm. She has been translating his works for over a decade, and in the documentary she is grappling with producing the Danish versions of his earliest works, Hear the Wind Sing and Pinball.

Mette discovered Murakami more than twenty years ago, before he became a cult phenomenon. Since then she has spent thousands of hours translating his enigmatic, hyper-realistic stories to his Danish readers, two cultures and languages which seem to have very little in common. Mette struggles to create the perfect sentences in Danish while maintaining Murakami’s daydreams which blur the boundaries between reality and imagination. Japanese is written in ideograms, or pictograms representing concepts or ideas. This creates an ambiguity in the language and we watch Holm straining to translate a phrase like “perfect text” when the ideogram could be defined as “word” or “sentence”. The nuances translators care about help us understand other worlds and their images.

Since much of what happens is in the mind of a very ordinary woman, it would seem as exciting as watching somebody type, or think. But Dreaming Murakami takes the mundane and gives it life, as does Murakami in his stories. In a typical Murakami story, the main character, who usually isn’t named, goes on a journey and then takes an inner journey, generally in some isolated venue, and comes back enlightened in some way. It is the concept of watashi, a Japanese word for the the outer self, and boku—the Japanese word for the inner, private self. In Dreaming Murakami Mette Holm goes to Japan and comes back to Denmark with a better understanding of what makes Murakami tick.

Murakami’s books create parallel universes or alternative worlds, depending on how you translate the words. In the documentary, as Mette Holm is translating Murakami, a giant frog from his short story, Super-Frog Saves Tokyo, appears and follows her.

Dreaming Murakami reflects his worlds and his imagination. The Murakami aficionado will detect the references to cats and jazz and the unusual. But moreover, it is a salute to translation and the role it can play in the reality and the dreams that transcend cultures and languages.