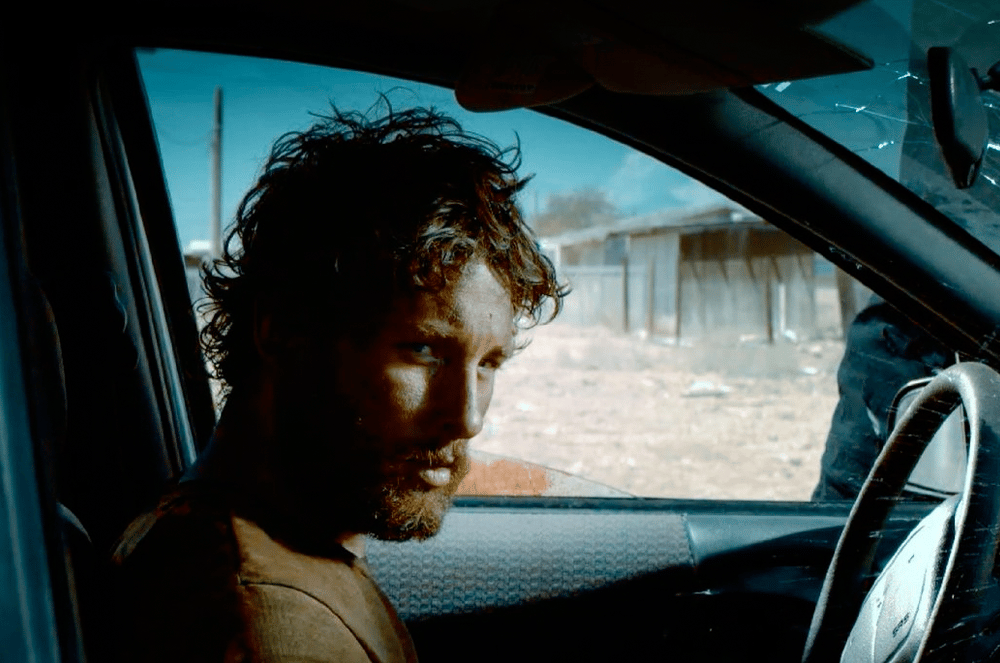 The film Drifter by Chris von Hoffman initially jumped out because it received a theatrical release in the U.S., which felt like a sizable accomplishment for a low budget / no budget horror film.

Indeed, this is the age of glossy horror pics with built-in audiences (obviously Blumhouse being an exception). Seeing the name Chris von Hoffman, a real DIYer, as well as Aria Emory, the lead actor and co-writer (who spends the entire film bathed in sweat and hair), and realizing that there isn’t a franchise, suggests that the film must have earned this release on merit. A quick glance at other reviews call the opening derivative (especially of From Dusk Till Dawn), and after watching it, the comparison seems apt.

Two brothers, Miles Pierce (Emory) and Dominic Pierce (Drew Harwood) are outlaws who engage in a violent scene before fleeing into the desert for more adventure. If this sounds a lot like QT and George Clooney at the start of the Robert Rodriguez film, then it’s a nod to influences, but thankfully it does not devolve into a shot by shot remake of the Robert Rodriguez movie (yet there are few vampires to be found).

von Hoffman excels by presenting some beautiful shots of the desert landscape (honestly, see this film on the largest screen possible, a phone won’t cut it). The action onscreen is pretty familiar as the horror and stylized violence feel like a pastiche of familiar genre masters, though there is a message of diversity and inclusion (no, seriously), and von Hoffman and Emory have more than enough personality to forge a style of their own in future attempts. Perhaps more of a focus on the desert and the female characters who always seem to be one step ahead of the guys, will make for projects that Drift a little less, and bring what people want: a new exciting voice in low-budget, ultra-violent, scare the crap out of you horror.