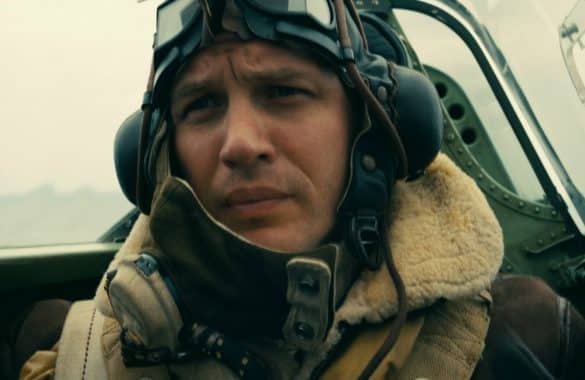 The likely Best Picture winner Dunkirk finally arrives on Blu-Ray just in time for the holidays. While it may not be my best film of the year, (or even Nolan’s best, I preferred Inception), one truth about the movie is that it may be the most theatrical film of the year. So find the biggest screen possible to project the Blu-ray, and truly experience the film in the best way possible. The performances from the likes of Barry Keoghan, Fionn Whitehead, and yes, Harry Styles, (not to mention stalwarts like Mark Rylance and Kenneth Branagh) are extraordinary, and the pure theatricalness of the piece feels like “You are Here” in the grandest of terms.

In fact, the action begins on the streets of Dunkirk, and the camera follows one of the actors onto the beach in a breathtaking shot. Hoyte van Hoytema is a welcome favourite for Best Cinematography, as the film is cinematic in all the right ways. Sure, the action is a little bumpy, but it’s about as close as we can ever get to replicating the experience of wartime and of reliving this horrific and yet inspiring rescue mission. The film brings a message of hope not only in the screenplay, but to all of humanity in the form of cinematic storytelling. It’s a love letter to the big screen, so once again, watch this Blu-ray in the biggest possible space and spare no expense on turning up the sound and watching in amazement as to what Christopher Nolan and his team accomplish (and it makes for an awesome stocking stuffer as well). 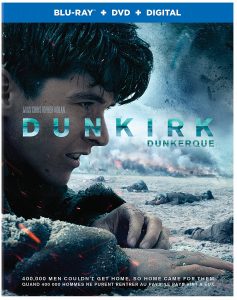 There’s more than can ever be watched, so let’s just say that they are divided into Creation, Land, Air and Sea and Conclusion. The Land, Air and Sea elements showcase the three ways in which this daring rescue mission was undertaken.

Quite frankly, in the unlikely event that Dunkirk does not receive the Academy Award for Best Picture, it still feels more than any other movie, the most experiential film of the year. It’s almost like the Pokémon Go of the cinema, providing a true sense of augmented reality.