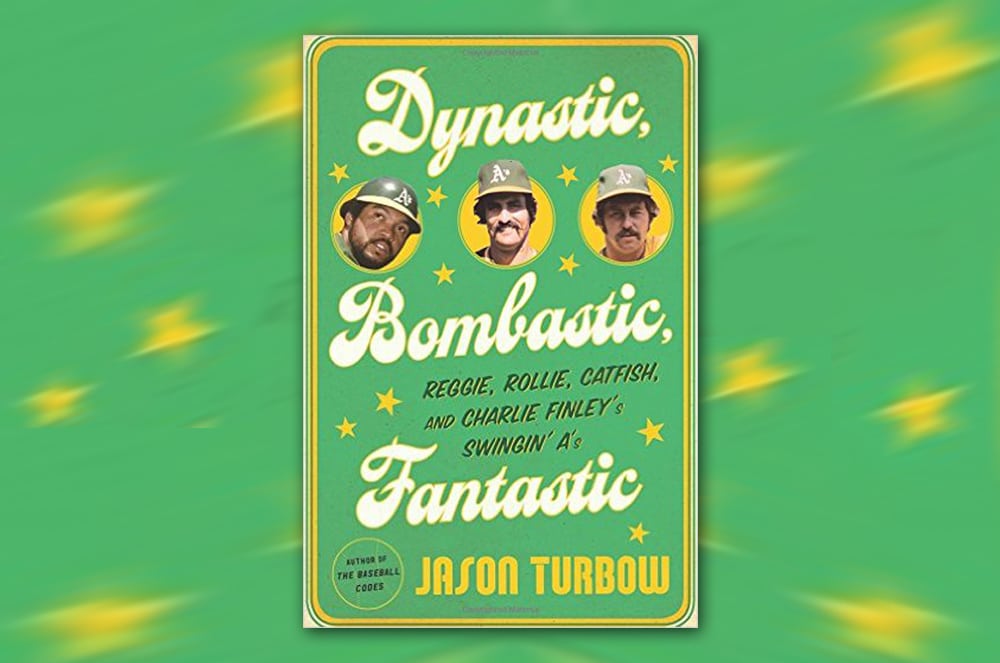 Despite a title that sounds a little like a Shaggy track, Jason Turbow’s Dynastic, Bombastic and Fantastic: Reggie, Rollie, Catfish and Charlie Finley’s Swingin’ A’s is a pretty rollicking account of the Oakland Athletics championship teams of the early 1970’s (plus a rise and a fall). In many ways, this book reads like the antecedent, or should I say, antithesis of the book Moneyball by Michael Lewis.

While both books are ostensibly about the Oakland Athletics baseball team, this version actually won a championship, and they seem to win in spite of the antics of their often “colorful” owner/ de facto GM / Billy Beane-ish Charlie O. Finley. Much of the book seems like an attempt to show that the A’s were such a talented team, that had the owner not stood in the way, winning would have come a lot more easily. In Lewis’s book, the idea is to go out of the way not to mention the team’s talented pitching staff, the “Big Three” of Hudson, Mulder and Zito and just talk about the vagaries. Not so much in Turbow’s account as the meticulously researched book lets almost all of the pitchers and hitters in on the fun.

Obviously, Reggie Jackson, Rollie Fingers, and Catfish Hunter are the Hall of Fame names, (literally, they are all inducted into Cooperstown), but it was the role players and less heralded players that were oftentimes far more interesting reads, because despite maintaining a keen interest in baseball lore, I’d never heard of them. Mike Epstein, Billy North, and Darold Knowles were unknowns and players like Vida Blue, Ken Holtzman, and Sal Bando, players of whom I had heard, ended up playing such integral roles. I had no idea. In fact, the book is a fascinating read and not necessarily for baseball nuts like myself, (clearly the players and associated members of the club ended up sharing, except it seems for Reggie Jackson), that the off-field behaviour of Finley and his players is an enticing time. Strangely, the on-field action is the hardest to capture in an exciting way. reading about the games seem to be the lowlights or maybe because this is a great character study at heart. Some of the changes in the game are well-documented, and the changing makeup of teams, how they are constructed, and what they look like, (mustaches weren’t the norm?) make this book a must-read.

Dynastic, Bombastic, Fantastic: Reggie, Rollie, Catfish, and Charlie Finley’s Swingin’ A’s was provided by Raincoast Books in exchange for an honest review. It may be purchased from your friendly independent bookseller or other fine bookstores.