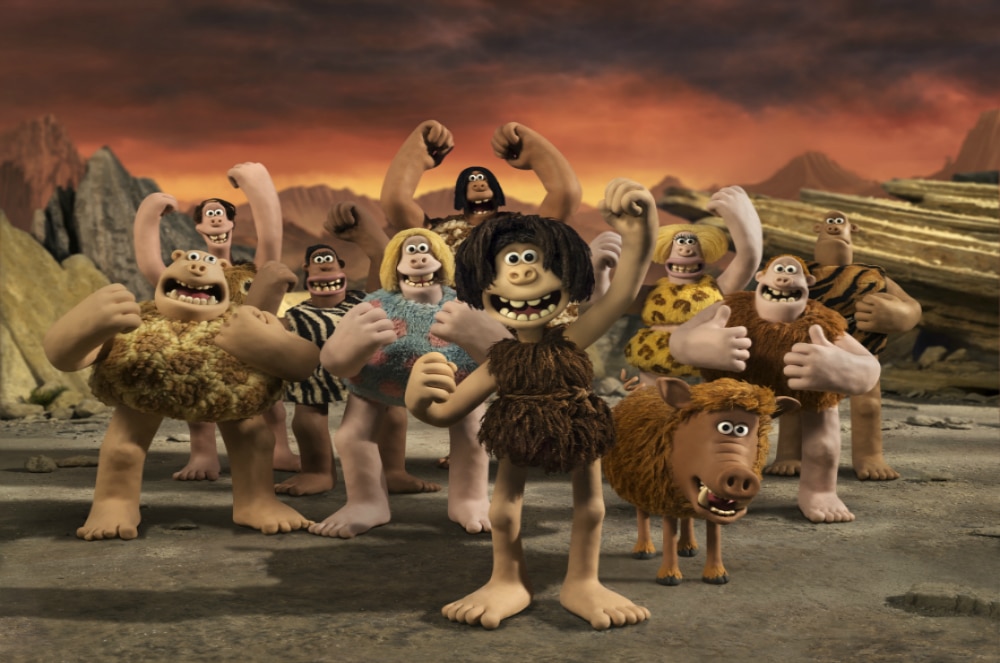 It’s been over ten years since Nick Park sat in the director’s chair for Aardman Studios to craft a clay-mation feature film. As the creator of Wallace and Gromit, Park’s work is synonymous with a certain look and sense of humour. I’m pleased to report his return, the pre-historic laugher Early Man, effortlessly builds on that legacy. It’s another light-hearted bit of entertainment sure to dazzle kids, while also slyly ribbing adults. There’s not much more to it than that, but that’s also enough.

Early Man opens at the dawn of time as warring cavemen fight to survive and, after a meteor strike, also invent soccer (football). Skipping ahead an epoch, we meet Dug (voiced by Eddie Redmayne) and his peaceful tribe of valley-dwellers just as they encounter men of the Bronze Age for the first time. Their leader, the greedy Lord Nooth (voiced unrecognizably by Tom Hiddleston), evicts Dug’s people so as to strip the land of metal. In what counts as a logical progression, Dug makes a deal with Nooth: if his tribe can beat the Lord’s team of champions in a game of football (soccer), they can reclaim their home. If they lose, a short life spent working in a mine awaits them. It’s a familiar premise—the unlikely underdogs banding together to beat a juggernaut—but Park and his talented voice cast (which includes Maisie Williams, Timothy Spall, and Rob Brydon) sell it for all its goofy worth.

Past the silliness, there’s a subtle message of inclusivity at play in Early Man, as Dug and his mismatched team comes together. (Even if it is curious to imagine the English cavemen as outsiders in the continental Bronze Age). True to the Aardman brand, the film’s design remains wonderfully singular throughout, with the usual mix of googly eyes, bad teeth, and kooky animals. The only thing the film overplays is its hammy humour—but then again, while your mileage may vary, that’s long been part of Park’s winning game too.