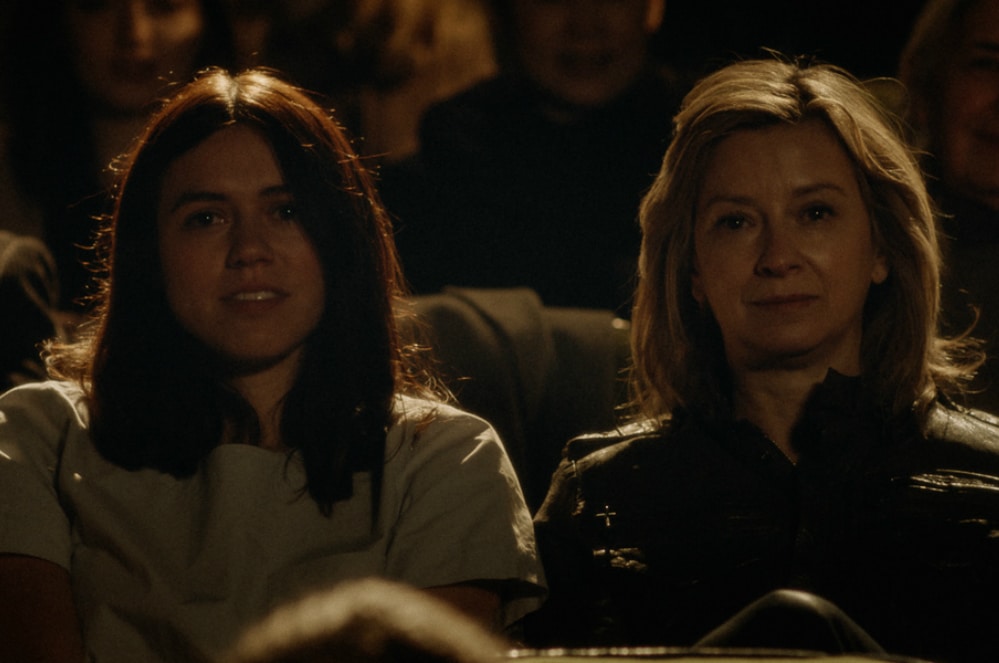 True to its title, Sanja Zivkovic’s feature debut, Easy Land, is not a difficult film to grasp. Its narrative centres on Serbian single mother Jasna (Mirjana Jokovic), her teenaged daughter Nina (Nina Kiri), and the precarious life they’ve made for themselves in Toronto. Their lives are shaped by various factors—mental illness, economic pressures, future anxiety—but the film in which these effects play out never quite escapes a certain diametric predictability.

From their east-end apartment, both women struggle in their day-to-day lives. Jasna works at an interior design firm where she feels her talents—skills learned in pre-war Serbia—are going to waste. Nina, meanwhile, drifts through Grade 12 (again) while selling ill-gotten cellphones, before she’s volunteered to work with a small acting troupe. Jasna’s desire to work as an architect sends her into a compulsive spiral; Nina’s exposure to the work of Samuel Beckett slowly uncovers an interest in the theatre. Zivkovic’s film goes about building-out the lives of these two women, with both actors granted a few chances to show their range, but there’s no question as to what will happen to one or the other—or what kind of ending we have in store. What then is being said in Easy Land that we haven’t heard before?

Much like the rehearsals both her characters put themselves through, one gets the feeling this is an audition for Zivkovic. In her favour, she ably uses the film’s Toronto setting and has a powerful understanding of the small lives she’s captured. Now if only her film didn’t feel like it was trapped in a box too.