Eat Only When You’re Hungry Review 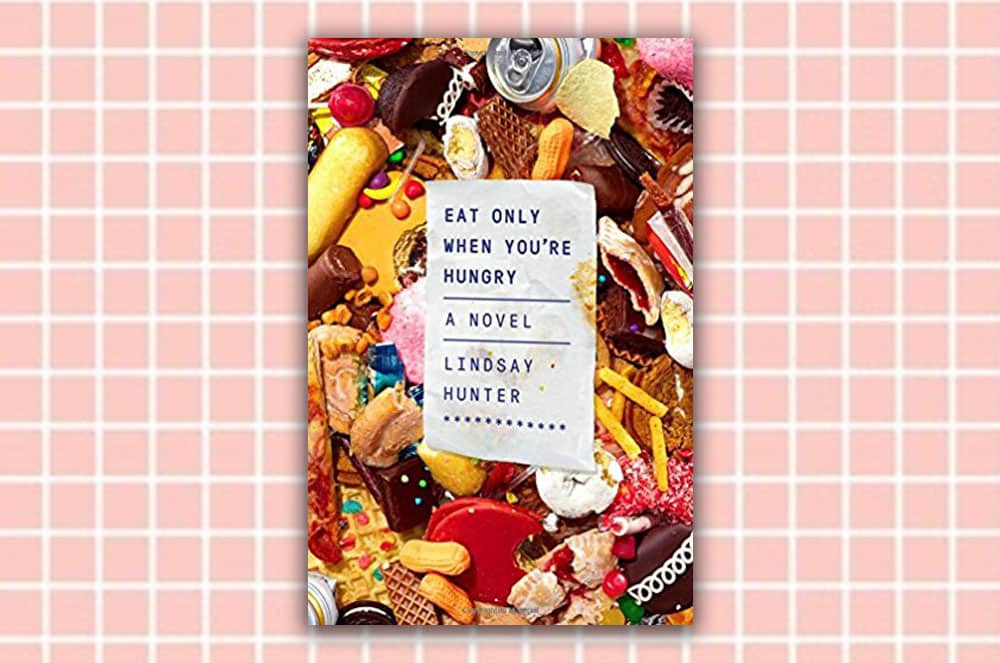 The Lindsay Hunter book, Eat Only When You’re Hungry, arrives very well-regarded, but when I was about to read it the description seemed to mirror the Lionel Shriver book Big Brother about food and addiction. Well, not only is the book a more pleasant read, (relatively speaking), but does not resemble the other book in any discernible way. This book tells a story all of its own, a travelogue of a sort, featuring the overweight Greg, (overweight is a euphemism of sorts), on the way to find his son GJ (the dissonance of the acronym is one of a few ways in which the book is funny without being caustic), and feels filling despite being a short book and a fairly quick read.

The book takes place in Florida, central Florida to be exact, and the character of the landscape is as much of a character as any other. Hunter does for this part of the state what it took Carl Hiaasen several series of books to do for South Florida. It is amazing how Hunter can present desolation: in a stretch of road, in a character, in general, without making her characters feel pathetic. GJ is an addict but his father, who is the central person throughout much of the book, is a junkie for food, sex, self pleasure and everything else that seems to fall out of the sphere of addiction.

It helps that he is driving in an RV, removing himself from new wife Deb and encounters his own father and his ex-wife on two separate and yet equally troubling segments of the journey. There is even a sense that Greg is only sharing with us half the story, and his deceit towards the reader makes up much of the lingering effect of this novel. There is a sense of not knowing the extent of the miasma of the swamp in which Greg Reinart resides (again, it’s Central and not South Florida), and yet despite not accompanying him on the trip, the reader rides shotgun on the trip and must breathe the same air as Greg, and wonder if she or he may have found an alternate path. This is a timely summer read.

Eat Only When You’re Hungry was provided by Raincoast Books in exchange for an honest review. It may be purchased from your friendly independent bookseller or other fine bookstores.