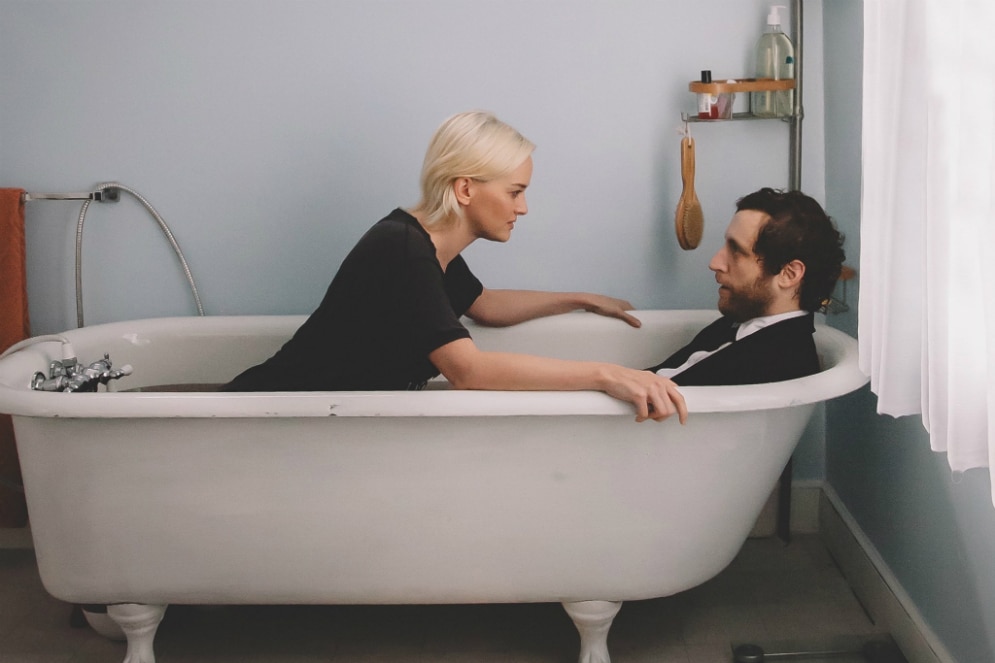 At some point, someone had to ask while making, or watching, or thinking about Entanglement: hey, why should we care about this guy? The guy in question, Ben, a scruffy sad-sack played by Thomas Middleditch, tries to kill himself in the film’s opening scene. He lives alone and does not appear to have anything else going on in his life, or anything else to do for that matter. That Ben fails at suicide—please understand, his wife left him and he’s going through a hard time—is supposed to charge the film with a second chance energy while giving us someone to root for. We’re meant to wonder if Ben will turn his life around. But first, the more pressing question: why should we care about this guy?

Director Jason James and writer Jason Filiatrault both believe Ben is an interesting character, and that the situation they’ve put him in is novel. Our hero discovers his parents adopted a baby girl right before finding out they were pregnant with him, so they returned the baby. Lost in a fog of self-involvement, Ben is convinced his life maybe would have turned out differently if he’d actually had this sister. So off he goes on a self-described quest to find her, with the help of long-suffering friend Tabby (Diana Bang). Along the way tumbles into the path of Hanna (Jess Weixler), a mischievous woman who just happens to be around all the time. (The women in this film all exist to help this guy along, of course.) Where this relationship goes is silly at first, then cliched, then vaguely insulting. Ben remains insufferable throughout. And then Entanglement begins to feel so familiar I kept expecting Zach Braff to show up air-guitaring to the Shins.

It’s hard to get a movie made in Canada, so kudos to James, Filiatrault, and the crew: they did it. It’s cool too that Middleditch, a Canadian, got to headline the film (even if he doesn’t really have the range). But that’s as far as I’ll go. It’s 2018, and this movie would feel tired even if it had come out ten years ago. And please, would someone tell me why I’m supposed to care about this guy? This guy!