Everything Everywhere All at Once Review 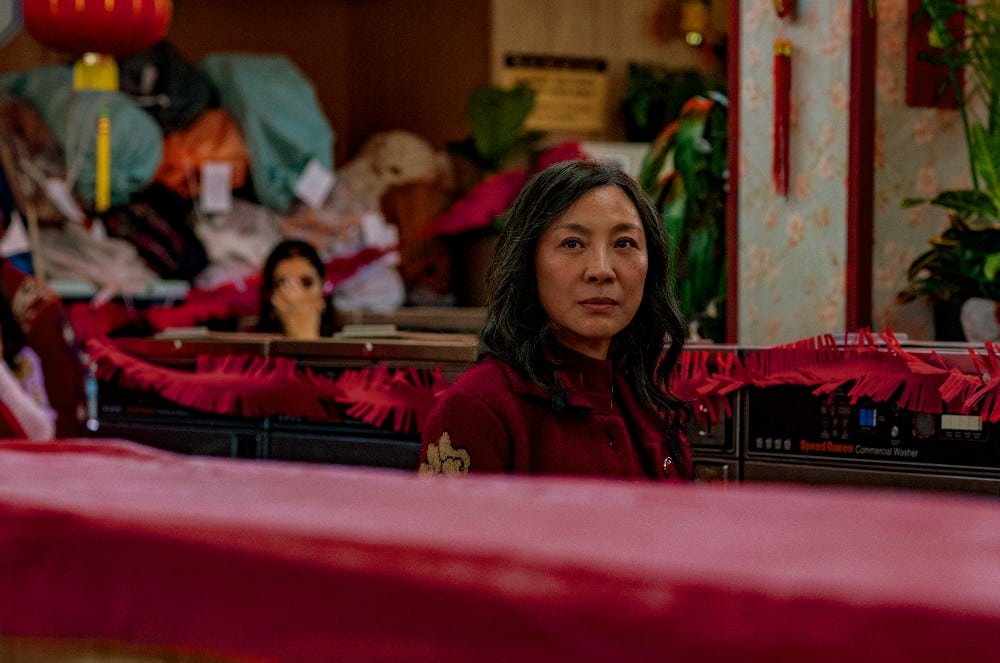 Is it possible to make a film that’s not for everyone but also about everyone? The team of Daniel Kwan and Daniel Scheinart, known as Daniels, want to answer that question—even if they didn’t mean to—with their latest offering, Everything Everywhere All at Once. It’s a film not without its rough patches, that is nevertheless winsome in its attempts to just keep pushing on and on (and on) to cover everything it can.

At the centre of Daniels’ film is the magnetic Michelle Yeoh, who’s never had a lead role like this in an American film. She stars as Evelyn, a put upon immigrant mother and laundromat owner, tending to her cheery husband Waymond (Ke Huy Quan), her distant daughter Joy (Stephanie Hsu), and aging father Gong Gong (James Hong). As if that wasn’t enough—and the film’s drum-tight opening sequence makes it clear that’s plenty—Evelyn is also being audited by the IRS (led by a delightfully haggard Jamie Lee Curtis) and, uh, getting interrupted by an alternate-universe version of Waymond. This is the hook of Everything Everywhere All at Once: a sudden tumble into a sci-fi multi-verse complicates its straight-ahead premise (and then some) and amps up Daniels’ obvious relish for absurdity. It also allows them to employ pop culture references (The Matrix‘s kung-fu, Wong Kar-wai, and Ratatouille figure prominently) which is fun—even as it clashes with the film’s attempts at sincerity. Fortunately for Daniels, watching Yeoh never grows tiresome regardless of their bits that are too one-note to work all the way through.

Setting aside its technical ingenuity, the true marvel of Everything Everywhere All at Once is in its navigation of Evelyn’s mid-life crisis and the film’s drive to answer perhaps the most timeless question of all: how did I get here? In this, the film’s circular all-consuming logic spins fast enough to take on a gravity of its own. And while that force gets away from Daniels more than once, its energy also builds to something heavy enough to be meaningful.