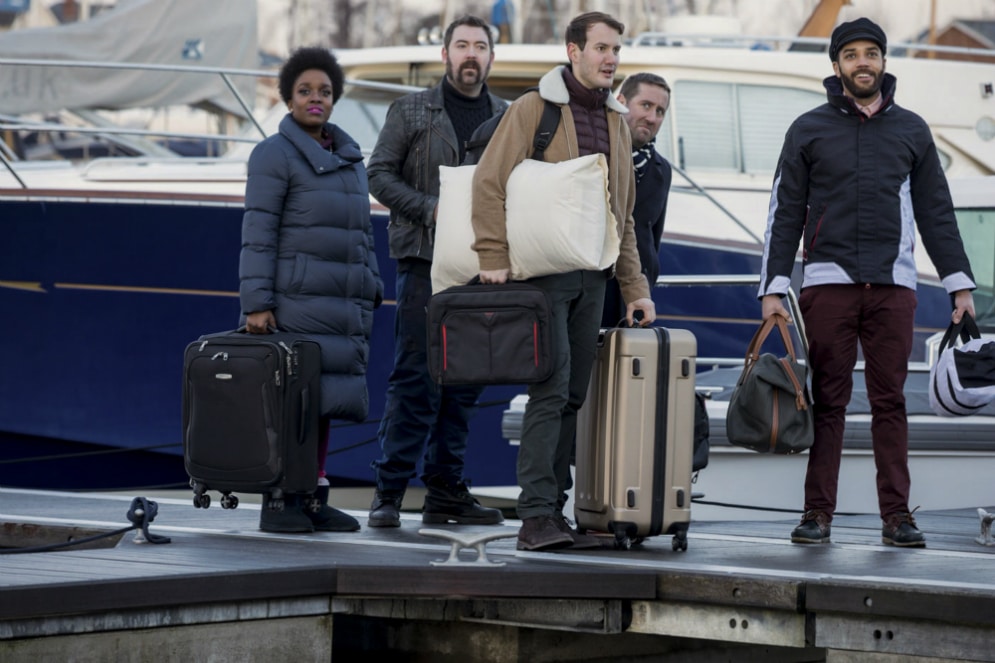 The fifth episode of AMC’s Loaded (airing Monday August 14th at 10pm), promises to be hilarious and awkward. In a bid to get the Gang to focus on the new game, Leon (Samuel Anderson) takes them for a trip on his new luxury yacht. 24 hours of drugs, murder and sex follow.

Watch this exclusive clip of Ewan (Jonny Sweet) attempting to flirt from the upcoming episode: