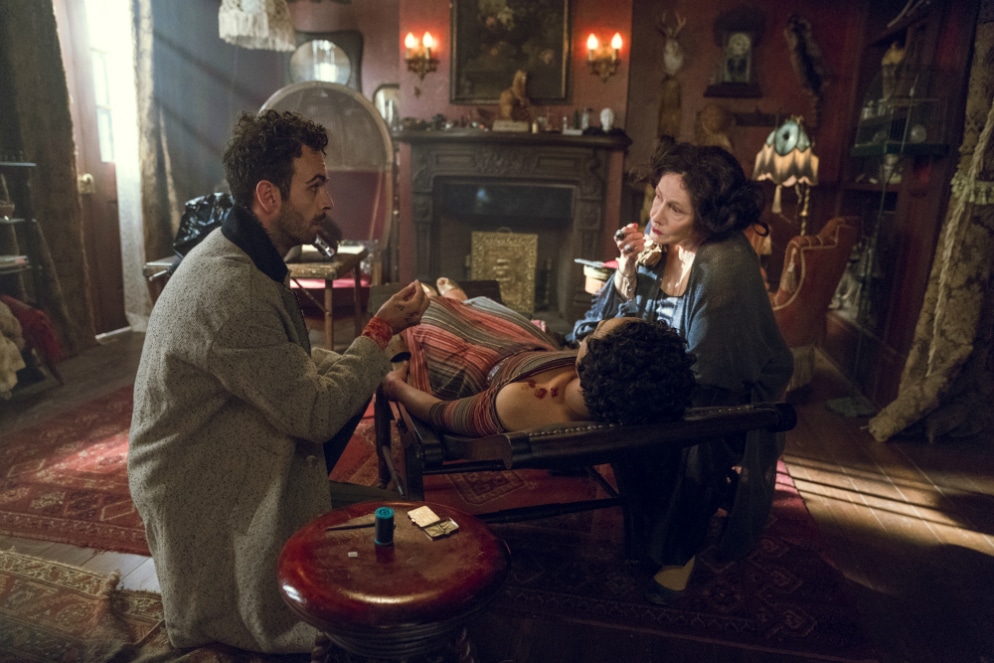 If you’ve been reading this site for awhile, you know that we’re big fans of the AMC Original show Preacher. We’ve been recommending the show to everyone we know for a few years now, but if you’re easily offended, it’s not for you.

As we wait in eager anticipation for the upcoming season 3 premiere of AMC’s Preacher (Sunday June 24 at 10pm), we’re ecstatic to share with you an exclusive first look at a scene from the first episode of the new season! Here’s Joseph Gilgun (Cassidy), Ruth Negga (Tulip O’Hare, still my favourite character on the show) and one of your first glimpses at the legendary Betty Buckley as Gran’Ma. 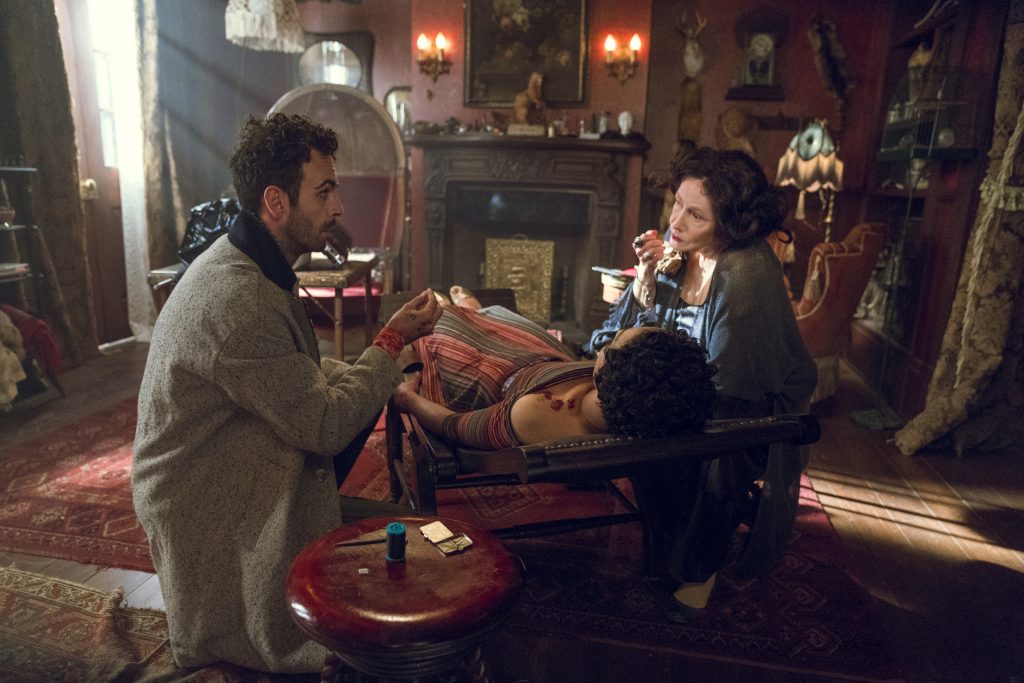 If you haven’t already, be sure to watch a clip from our video interview with AMC’s Preacher star Dominic Cooper where he hints at Betty Buckley’s role:

And catch up on season 2 of AMC’s Preacher with our interview with Graham McTavish here!