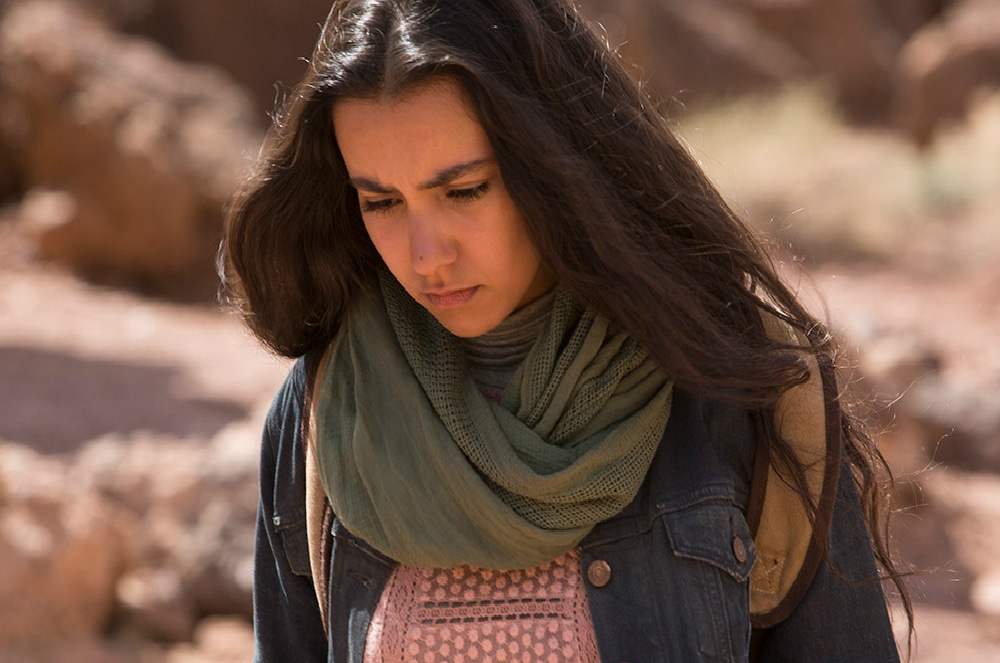 Following the Arctic expedition of Two Lovers and a Bear, writer-director Kim Nguyen changes course with the North African and Detroit, Michigan-set film Eye on Juliet.

Joe Cole is Gordon (though he could have easily been called Joe, as in Average Joe, a pipeline hexapod supervisor). Basically he stations himself on the other side of the planet to make sure that nobody siphons oil. It’s a futuristic film, but not too futuristic.

Lina El Arabi is Ayushi, the titular though not literal Juliet, who is theatreaning to run away while the hexapod drone camera happens to catch her speaking of her plan. The film then imagines…well, there is a surprising turn of events but let’s just say that it’s a fascinating work until the very end. The two leads are charming and should both have bright futures ahead of them. The real fun of the film is being lulled into a sense of understanding that while we aren’t quite there yet, the technology is much further along then we think, and that others may already be keeping an eye out.