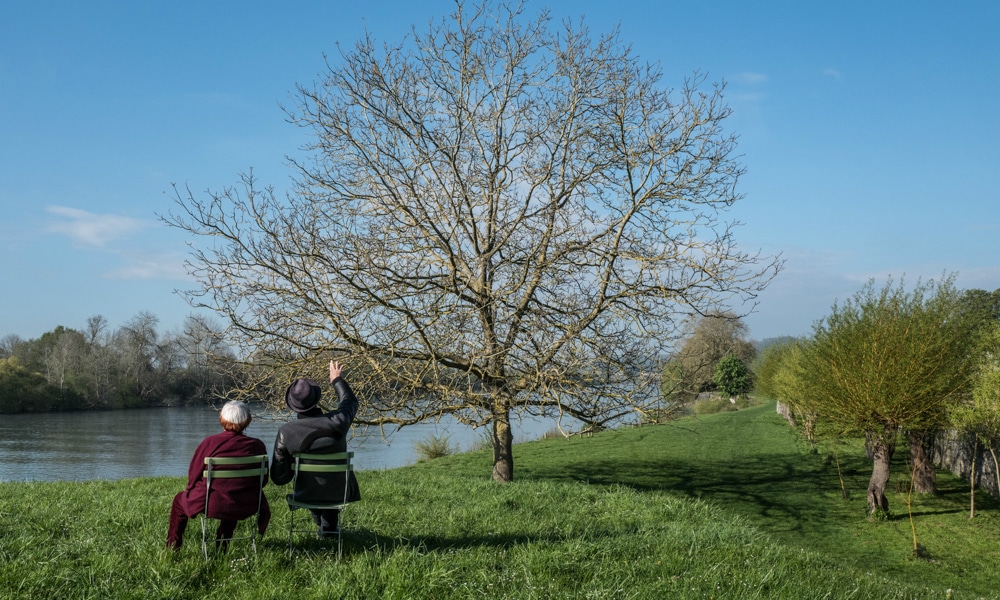 Agnès Varda will be honoured with a lifetime achievement Academy Award in next year’s show. But hopefully Varda will be able to receive, at the very least, a nomination for Faces Places. This is a rollicking documentary that the living legend and longtime director Varda (Cléo from 5 to 7 came out in 1962),  partnered with JR,(the street artist who does not remove his glasses or reveal his real name) produce to great effect. In fact, the odd couple pairing is referred to right out of the gate, and the pair, (over 55 years apart) have a witty and natural rapport, especially in the scenes that take place in Varda’s home, (that cat, though!). It’s worth seeing simply to have the opportunity to spend time with good company, though there is a goal in mind.

Faces Places sees the pair travel up and down on the French towns away from the city of Paris and into the margins, the tiny villages, the rural space, as a part of The Inside Out Project (though this fact isn’t explicitly stated, making it seem like the film exists for the sake of existing). In fact, this deterrent doesn’t distract from the project as a whole, which essentially seems to be to project faces of the residents, (and not just faces, in a memorable case), onto the sides of buildings, and buildings that are not necessarily thought to be showcases for art. It’s a trip into factories, and former mining villages, and places in which the residents are clearly unused to becoming art (and yet, nobody seems to ever complain).

There’s so much subtext to the discussion of class and society, and yet the tone is light, (love those illustrations and animations at the beginning), the mood is chipper(even during an examination of well, you’ll see), and the soundtrack is bouncy. It sounds much better with the French title, (Visages Villages), but Faces Places is worth seeing visiting.