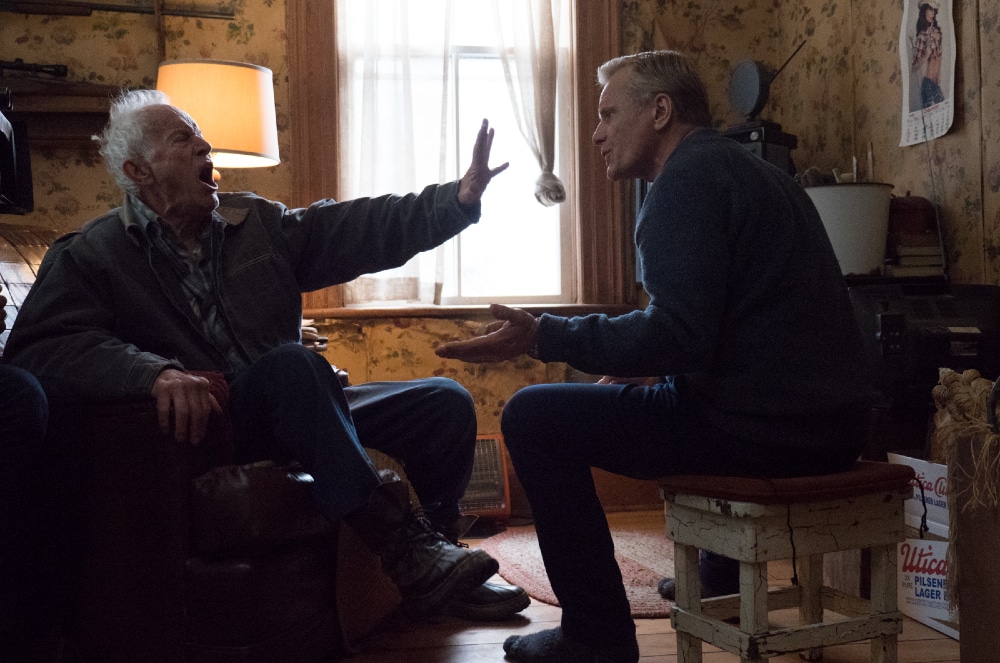 Viggo Mortensen can likely perform well in a wide range of activities. He’s a fantastic actor, obviously, and what’s more: there’s a confidence about him suggesting he’s probably good at most other things he puts his mind to. But that “most” does have a few exceptions; in watching Mortensen’s film Falling, his writing and directing debut, it’s clear filmmaking behind the camera is one of them. Heartfelt as it may be, this is not a good film.

Willis (Lance Henriksen) is an old man grappling with the ravages of time. His son John (Mortensen) is trying to take care of him, but it’s tough due to onsetting dementia and because, uh, it appears as though Willis has been something of a life-long jerk. We learn this through a stream of flashbacks involving two wives and a few different child actors playing John and his sister (portrayed as an adult by a brittle Laura Linney). To be fair, Mortensen does try to provide his film with a more fulsome picture of Willis (played as a younger man by Sverrir Gudnason), moments when he was a good father or husband. But most of Falling is just given over to Willis being extremely aggressive and cranky. It’s perhaps laudable to present such an unvarnished truth—dementia does not lend well to sentimentality—but that presentation is so lopsided, the film’s pace so uneven, and the structure totally absent, it makes for an unenjoyable, uninsightful, and total slog of an experience. Maybe that’s the point. But really, how many scenes of a confused-looking Henriksen cursing out his family do we need?

For films like Falling, I do try to note something worthwhile; this was clearly a passion project for Mortensen, and an obvious labour of love (despite how bitter the film comes across). There is one noticeable scene, Henrikson suddenly standing in the ocean staring up at the setting sun. It’s possible to even imagine a different movie in that slight moment. But then, like every other element of this film, it’s just gone.

Win virtual screening passes to see To All The Boys: Always And Forever!