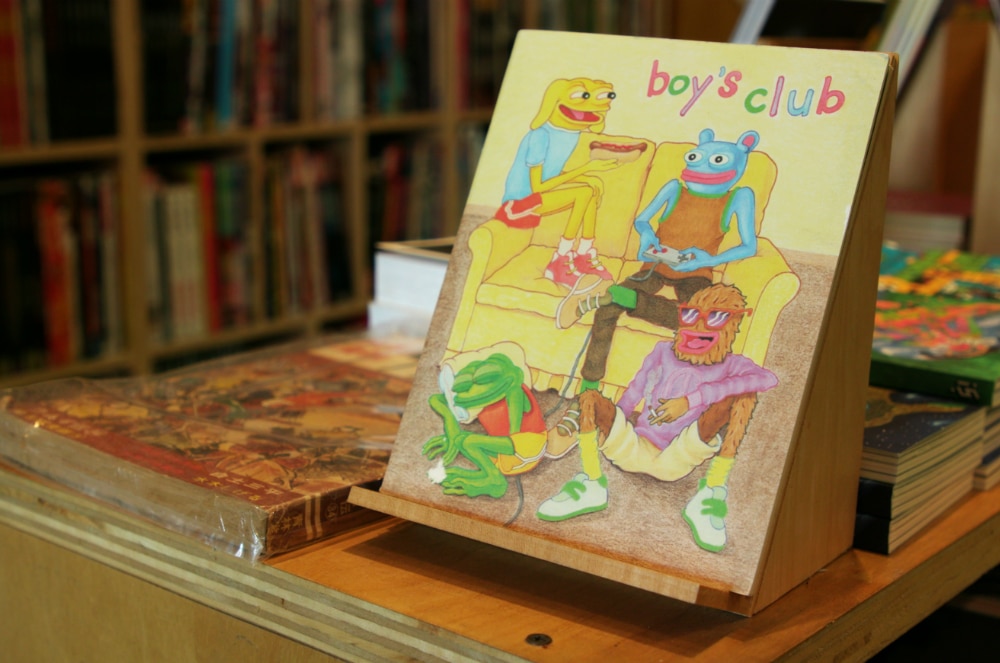 The history of the 21st century, as shaped by the internet, is almost too stupid to describe. Or it would be if it also wasn’t so terrifying. That’s the story of Feels Good Man, the documentary from director Arthur Jones, taking as its subject unassuming cartoonist Matt Furie, who happened to create the character Pepe the Frog. And who then had to watch his innocent, obscure creation become a rallying symbol for the worst people alive. Again, terrifying—and incredibly dumb.

Feels Good Man delves into this context anyway. The film colourfully explains how Pepe, one of the characters in Furie’s comic “Boy’s Club” became an infinitely mutable meme—and then transformed into an actual white supremacist hate symbol, as defined by the Anti-Defamation League. Despite beginning in a dark corner of the internet, we learn how Pepe slowly moves into popular culture, much to the delight of his deranged fans, the confusion of mainstream media, and the horror of Furie. Jones’ work here is lean, yet he gives shape to the sprawling online world of the last decade, touching on 4chan, Alex Jones, and, of course, Trump. To explain all the links herein is, in a sense, silly—especially when juxtaposed with, say, small moments of Furie interacting with friends and family—but the stakes involved become increasingly real, heavy, and dangerous. Credit to Jones for taking the subject matter seriously enough to provide a clear-eyed assessment; it takes a brave soul to face the end of culture head-on.

By the way, that’s not hyperbole. What Feels Good Man presents is a culture so warped by its medium that it ceases to have any grip on reality at all—even as, yes, its hold on the world seems to be tightening. It’s noted that Jones does document Furie’s attempts to regain control of his creation, despite how impossible the internet makes it seem. We feel sorry for him, expecting tragedy. Yet the film’s final note hits on something even stronger (and stranger) than all that: optimism.