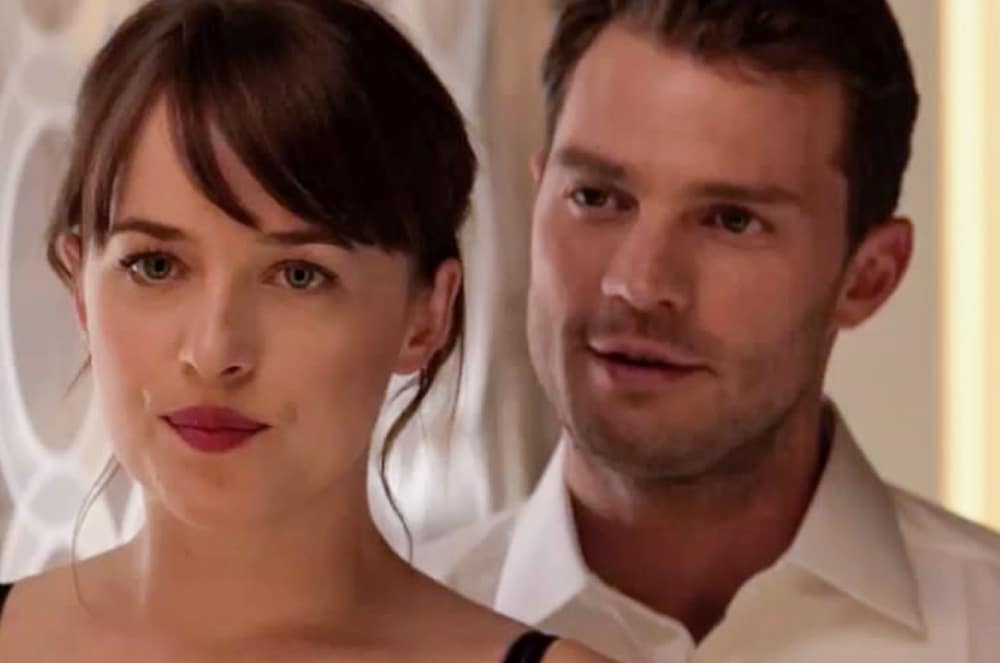 Let’s face it. Nobody walks into a viewing of Fifty Shades Darker expecting a Hitchcockian thriller. Critics lampooned the first Fifty Shades of Grey film (based on the wildly successful book trilogy by E.L. James) and got their panties in a twist because, well, it’s Twilight fan-fiction served with a side of racy, kinky sex. For everyone who’s read the books (and there are very few who haven’t), you know full well what you’re getting yourself into. Let’s just say nobody is watching these films for the plot. And yes, the plot is laughably bad. In a nutshell, we find Anastasia Steele (the charming Dakota Johnson) almost instantly wooed back into the arms of millionaire playboy with a twisted Elektra complex, Christian Grey (Jamie Dornan, still refusing to shed those pesky pair of pants in every sex scene. Ladies and gay gents: you’ve been warned). Also almost instantly, figures from Christian’s shady past begin to emerge, one right after the other. There’s his “Mrs. Robinson”, Elena Lincoln (Kim Basinger) who forced him into a life of S&M as a young boy; there’s the suicidal ex-submissive, Leila (Bella Heathcote); and then, of course, because there can’t just be creeps coming after Christian, there’s Anastasia’s rapey boss, Jack (Eric Johnson) trying to get in the middle of the steamy couple. As if that weren’t enough, Christian also gets into a near fatal helicopter crash. But who cares about all that plot anyway when it’s all just over the top, soap opera-like interludes between the hot sex scenes, right?! Personally, I enjoyed the way the cast threw themselves into the campy scenes with full aplomb, and I must hand it to screenwriter Niall Leonard and game lead actress Dakota Johnson (aka Melanie Griffith’s daughter, to the older crowd) for the mid-film, out of the blue Working Girl tribute scene. 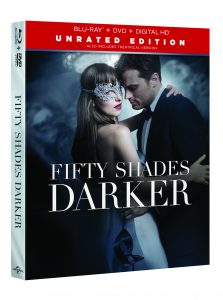 The Unrated Edition Blu-ray comes with almost 15 minutes of extended footage, most of which are extensions of the sex scenes (with one bonus one added for her pleasure). The Blu-ray also has four exclusive bonus features that aren’t available on any of the other home entertainment releases, including one (‘New Threats’) where Jamie Dornan adorably confesses his schoolboy crush on Kim Basinger. Each of the bonus features has at least one behind the scenes moment where lead actors Johnson and Dornan are giggling with each other so fans of the series will be pleased. Also the ‘Tease to Fifty Shades Freed‘ is different footage than the clip shown during the theatrical run of Fifty Shades Darker so I definitely encourage fans to check that bonus feature out first.

Fifty Shades Darker won’t convert any of the Fifty Shades naysayers, but it’s a satisfying delight for fans of the series and the perfect tease for Fifty Shades Freed.